Predicting the winner of Sunday's Giants-Cowboys game. Will the Giants' dream stay alive?

Share All sharing options for: Giants vs. Cowboys: Preview, prediction

Keep the dream alive. The New York Giants have not made t-shirts proclaiming their desire to keep their improbable playoff dream alive after an 0-6 start to the season, but that has been somewhat of a mantra for them in recent weeks. It is a phrase head coach Tom Coughlin has been fond of using.

Can the Giants keep that dream alive on Sunday when they face the Dallas Cowboys? A loss to Dallas won't mathematically destroy the possibility the Giants could become the first team in NFL history to make the playoffs after an 0-6 start. It would, however, put the Giants at 4-7 and make it extremely unlikely they could leap-frog both the Cowboys and Philadelphia Eagles to win the NFC East title.

Week 12 Picks Against the Spread 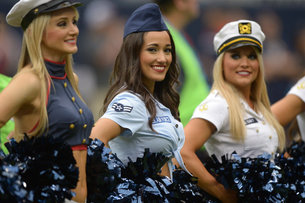 The Giants are three-point favorites and most experts believe the Giants will emerge with a victory Sunday. So do I.

Entering Week 12 it seems like this season is just getting started for the Giants, back from the NFL dead after their incomprehensibly bad start. Conversely, it seems like the 5-5 Cowboys have already blown their best chance to win the division. The Cowboys had halftime leads over the Kansas City Chiefs and San Diego Chargers in games they ultimately lost. They have also lost heart-breaking games to the Denver Broncos and Detroit Lions, both games they could have won.

The Cowboys, had they sealed the deal in at least two of those games, could be comfortably ahead in the NFC East right now. Instead, they have left the door wide open. Today feels like the day the Giants blow through that door.

It's true that the Giants have had favorable matchups throughout their four-game winning streak. It's also true that the Cowboys are better than any team the Giants faced during that streak.

The Giants, though, have obviously improved in many areas. Their confidence has also grown.

Last Sunday's 27-13 victory over the Green Bay Packers was the closest the Giants have come to playing a complete football game all season. They got contributions from all three phases -- offense, defense and special teams. If they can grow from there continue to get better that bodes well for their chances the rest of the way.

"There's obviously more to be done," Giants' coach Tom Coughlin said during the week. "we are playing better defense, we've rushed the ball better. We have done a little better job with tightening up the turnovers. I think we had two games with none, we had one with one, which should have never happened. So, I think there are some definite areas to be pointed to and we have some players who are playing very well.

"Anytime you win four in a row, there are some good things happening."

Yes, there are. While the Giants have been far from perfect, there have been enough positive signs in recent weeks to make you think the best is yet to come from Coughlin's Giants.

I don't know if the dream will ultimately come true. I think, however, that it stays alive for another week.