The New York Giants seek their fourth straight victory Sunday when they face the Green Bay Packers. Will they get it?

Will the New York Giants do on Sunday afternoon what they should do to a team coming to MetLife Stadium with a third-string quarterback? Or, will Scott Tolzien and the Green Bay Packers put a huge crimp in the Giants' designs on making history? 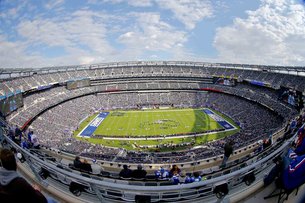 The Giants have played ugly football most of the season, even during their current three-game winning streak. Leaky special teams, frustratingly inconsistent offense and some utterly dumb-founding mistakes have been hallmarks of the Giants' first nine games.

You can question the talent level. You can question the play of the quarterback. Shoot, you can question just about anything you feel like questioning. One thing you can't question, however, is the resolve of this team to get things right. The belief that they can get it right has never wavered. That starts with the head coach and also speaks to the character of the players.

"This locker room has stuck together. We were 0-6 at one time and nobody pointed fingers, nobody turned on each other, and it just speaks volumes of the leadership in this locker room," said cornerback Terrell Thomas. "Everybody has respect for each other, we’re not going to quit on each other."

The Giants have spoken this week about gaining some confidence after three straight wins. They have also spoken at length about understanding they are still a 3-6 team with a mountain to climb, and about not underestimating the Packers simply because they will be led by Tolzien and not Aaron Rodgers.

Words, however, are just that. They mean nothing. The Giants must prove it on the field. Many will undoubtedly remember that the Giants have, in recent years, had a talent for laying an egg at the most inopportune time. Recall the late-season debacles last year against both the Atlanta Falcons and Baltimore Ravens.

It is, of course, entirely possible that we see that type of ugly performance from the Giants. I don't, however, get that feeling entering Sunday's game.

The possibility of the Giants playing the Dallas Cowboys next Sunday with a chance -- if the Washington Redskins defeat the Philadelphia Eagles Sunday afternoon -- to pull even in the NFC East standings with five games to play exists. Having started 0-6, it's a delicious thing to consider. And unthinkable a few weeks ago.

In the end I don't know if this Giants team will be good enough to climb all the way out of its 0-6 hole to reach the Holy Grail of a playoff berth. There are a lot of minefields to navigate before that happens, and one misstep can be disastrous.

I just don't see this Sunday as the week that the dream gets blown to smithereens.