Share All sharing options for: Giants vs. Packers: Scouting report

The 3-6 New York Giants host the 5-4 Aaron Rodgers-less Green Bay Packers Sunday at MetLife Stadium (4:25 p.m. ET). Let's break it down as we do every Friday before a Giants game, with a full scouting report.

Much of the discussion this week about the Giants' offense has centered around the disappearance of the big play. The Giants have made a living in recent years getting big chunks of yardage from the passing game, yet in the last three games they have no passing plays of 30 yards or more. In their first six games, all of which they lost, they had eight such plays.

The Giants, maybe partially to eliminate turnovers and partially to protect a struggling offensive line, seem to have reigned in Eli Manning and the passing attack somewhat.

"I like winning, whatever we have to do to win. We’ve always been a throw-the-ball-down-the-field team. We’ve gotten in terms of numbers a little bit away from that, although we had our spots picked pretty well the other day and it didn’t work out. We’ll continue to do that," coach Tom Coughlin said. 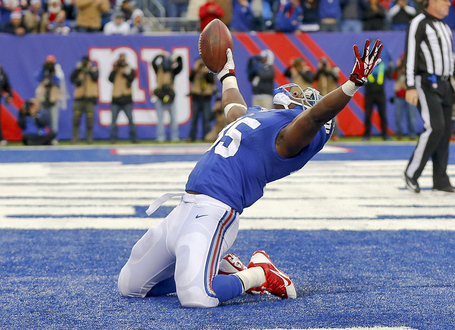 Offensive coordinator Kevin Gilbride admitted Thursday that he has been more cautious at times recently.

"I have occasions where I feel like we're struggling in certain areas maybe not exposed us to that high-risk, high-reward type of play, maybe not as much," Gilbride said. "I play every game with the same thought: hey, we're going to be aggressive, we're going to do this, we're going to do that, but as the game's unfolding I will adapt or modify what I'm doing based upon how's our defense doing? How are we doing? How are we protecting? Can we go back long enough to hold and throw the deep ball? I kind of play it by ear based upon how the game's played out."

Manning has completed 183-of-329 pass attempts this season, just 55.6 percent. He has a league-worst 16 interceptions compared to just 11 touchdowns. Victor Cruz leads the Giants with 50 receptions.

Can the Giants throw the ball down the field against the Packers? That will depend largely on whether the Giants can keep Green Bay's pass-rushers out of Manning's face.

The Giants hope an improved ability to run the ball will help. Andre Brown had 115 yards in 30 carries last week in his season debut. The Giants, 30th in the league with an average of 18.3 points per game, hope Brown's running opens up their play-action pass game, thus improving the explosiveness of their offense.

"We haven't been as good this year as we've been in the past," Gilbride said. "As always, it's not just one player or one area, it's all of us. We all have to do a little bit of a better job, whether it's protection, running routes, throwing the ball.

"We left a lot of offense out on the field last week and that was very disappointing for us. I was very happy the way we sustained ball control and all that stuff. The last two weeks have been outstanding, but certainly there have been some chances that we haven't capitalized on."

When The Packers Have the Ball

The storyline this week for Green Bay is, of course, the fact that the Packers will start third-string quarterback Scott Tolzien Sunday against the Giants. With Aaron Rodgers sidelined by a broken collarbone and backup Seneca Wallace leaving last week's game against the Philadelphia Eagles (and ending up on IR) with a hamstring injury, Tolzien saw the first action of his three-year career. Tolzien played fairly well in a 27-13 loss, completing 24-of-39 passes for 280 yards, with a touchdown and two interceptions.

The Giants have promised all week not to take the Packers lightly with Tolzien playing.

Who is Scott Tolzien? 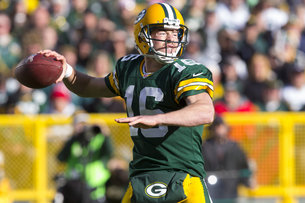 Here is the inside scoop on the Packers' new quarterback.

"He's obviously a smart guy. You're the third guy in, your backup gets hurt, you don't expect to play and he went in and he was prepared and threw for almost 300 yards," Giants' middle linebacker Jon Beason said. "If you do that every game, you're one of the elite quarterbacks in this league. He's more than capable."

The Packers, with rookie Eddie Lacy (669 yards) being the catalyst, are sixth in the league in rushing this season with an average of 143.1 yards per game. Coughlin called the 5-foot-11, 230-pound Lacy "an exceptional power runner."

"The best thing we can do is stop Lacy," Giants' cornerback Terrell Thomas said. "Even when Aaron was playing, they've been running behind him. He's a big back and we've got to do a better job in stopping the run. We let (Oakland's Rashad) Jennings get too many yards on us last week, so that's the number one focus, stopping him and putting all the pressure on the quarterback."

The Giants are fifth in the league against the run this season, giving up only 3.7 yards per rushing attempt. Jennings did, however, get 88 yards on 20 carries for Oakland a week ago.

The Giants may face the Packers without premier defensive end Jason Pierre-Paul, who suffered a shoulder injury in Sunday's victory over Oakland. Pierre-Paul did not practice Wednesday or Thursday and may not be ready by Sunday.

The special teams have been a sore point for the Giants all season, and last Sunday vs. the Oakland Raiders was no exception. Jerrel Jernigan fumbled the opening kickoff and punter Steve Weatherford had a tough day, including having a punt partially blocked. The Giants could have a new kickoff returner Sunday as reports are that Rueben Randle and Michael Cox have been alternating with Jernigan in that role this week. 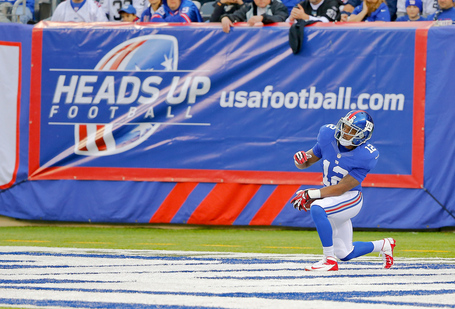 Sunday's blocked punt by Damontre Moore against the Oakland Raiders is the highlight of what has otherwise been a dismal season for the Giants on special teams.

Amazingly, the Green Bay special teams have -- in some areas -- been worse than the Giants.

The Packers average only 16.5 yards per kickoff return and surrender an average of 29.3 yards per return, both last in the league.

Green Bay placekicker Mason Crosby is 21-of-25 in field-goal attempts this season, with all of his misses from beyond 40 yards. Josh Brown of the Giants is 13-of-15 on the season.