After failing to beat the Eagles at home, the winless Giants drop even further in Big Blue View's power rankings

After five games it's five losses for the New York Giants, and the team has nothing to show for itself but rumors of coaching changes and booking late-winter getaways. There are more things wrong with the Giants than there are right, and there aren't too many reasons to begin anything is going to change -- at least not this season.

After beating the Dallas Cowboys, the Denver Broncos continue their reign atop the rankings. The other undefeateds -- the Kansas City Chiefs and New Orleans Saints -- continue to creep up. And only the Jacksonville Jaguars, Pittsburgh Steelers and Tampa Bay Bucs join the Giants as the league's winless wonders. 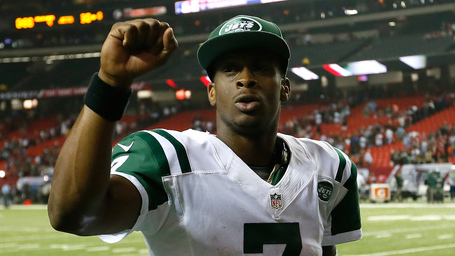 All of your news from around the NFL in SB Nation's unique style.

2. New Orleans Saints (5-0): The Saints are the real deal, winning a tough one on the road at Soldier Field. They have a chance to show their the best of the NFC when they travel to Foxborough. (LW: 4)

5. Indianapolis Colts (4-1): What an impressive feat for Indy, beating both the Niners and Seahawks in recent weeks. Andrew Luck is engineering a true contender and arguably the AFC team not located in Denver. (LW: 7)

7. New England Patriots (4-1): Danny Amendola returned, but the Patriots' offense was putrid. Despite the record, the Pats have a lot of room for improvement. (LW: 3)

8. Green Bay Packers (2-2): The bye week was kind to Green Bay, as the defense looked sharp -- albeit against a Calvin Johnson-less offense. (LW: 8)

11. Chicago Bears (3-2): Two losses in a row for Chicago, but fortunately they'll get the hapless Giants on Thursday night. (LW: 10)

13. Dallas Cowboys (2-3): Even though they lost, the Cowboys put forth the most impressive performance of any NFC East squad vs. Denver. (LW: 15)

20. Cleveland Browns (3-2):This team might deserve a better ranking, but without Brian Hoyer their future is dimmer. (LW: 21)

24. Philadelphia Eagles (2-3): The Eagles continued to soar even with Nick Foles running the show. (LW: 24)

32. Jacksonville Jaguars (0-5): Justin Blackmon will be a great target for whoever is playing quarterback in Jacksonville next season. (LW: 32)