Giants vs Eagles Week 8: What to watch on Sunday

Share All sharing options for: Giants vs Eagles Week 8: What to watch on Sunday

The New York Giants and Philadelphia Eagles squared off earlier this month, both teams in completely different situations. The Giants were then winless, at home, searching for win No. 1 and some semblance of hope for the 2013 season. The Eagles were 1-3, but because of the NFC East standings were not yet out of contention for a divisional crown.

Coming off of their first win, the Giants (1-6) have a chance to continue their momentum down I-95 at the Linc, where the Eagles have dropped nine in a row. The Eagles are a week removed from an awful loss to the Dallas Cowboys in which the offense mustered merely a field goal.

Here's what we're watching for on Sunday: 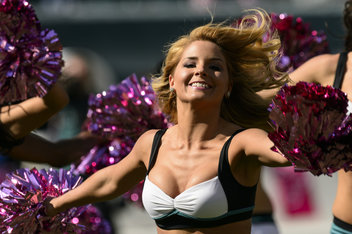 The Eagles' do-it-all running back was held to 92 total yards in their previous matchup with the Giants, who are ranked 31st in run defense. The bad news for Shady McCoy is not only were the Giants successful in the last outing, but they've actually improved since.

The addition of Jon Beason to the linebacking corps has helped the Giants against the run. Since allowing the Eagles to run for 140 yards Week 5, the Giants have held the Chicago Bears to 110 yards and Adrian Peterson and the Minnesota Vikings to just 30 yards.

If the Eagles are unable to set up the run with McCoy, it could spell trouble for their up-tempo offense.

The Eagles' right guard allowed a sack, two hurries and two hits last week to Cowboys defensive lineman Jason Hatcher. Cullen Jenkins, Linval Joseph and at times, Justin Tuck, will have an opportunity to capitalize on Herremans' ineffectiveness as a pass blocker as the Giants look to put pressure on Vick.

Last week the Giants got a hit on Josh Freeman 13 times and pressured him 20 times, but were only able to produce one sack (from Tuck). Being able to put hits on an already-injured Vick will be critical as the Giants look to turnaround their defense.

There is no shortage of questions when it comes to what's been nagging Manning and Nicks this season, and where the tandem's chemistry is. Manning struggled at times during the Giants win over the Minnesota Vikings, and Nicks has unreliable as a pass-catcher or red-zone threat.

Nicks led the Giants with nine receptions for 142 yards in the last game against the Eagles, and similar success could potentially end the trade rumors swirling around Nicks. It could also jump-start the Manning-to-Nicks connection that's been lagging of late.

Here's a stat: When the Eagles hold opponents to fewer than 100 yards rushing, they're 3-1. Only last week against the Cowboys, when they held Dallas to 74 yards on the ground, was the exception.

There are a lot of questions about the Giants running backs still. Brandon Jacobs missed practice on Wednesday, while Peyton Hillis admitted to having "jelly legs" following Monday night's game, his first action in almost a month. Michael Cox has not proved he can be a reliable back just yet.

The first-rounder out of Syracuse has endured his fair share of struggles at right tackle this season, and the road gets more difficult this week when he's tasked with containing Cox. The Eagles' left defensive end has earned a Pro Football Focus PRP rating of 14.2 after six hurries against Cowboys right tackle Doug Free last week. He also put pressure against center Travis Frederick.

Cox has just two sacks this season, but has still put pressure on opposing quarterbacks. Against the Giants, he was able to muster one hit on Manning. He'll face a rookie in Pugh off the end and Jim Cordle, who is stepping in for the injured David Baas, at center.