NFL Power Rankings 2013, Week 7: Giants are best of the worst

The 0-6 Giants can't buy a win at this point, and the future doesn't look very bright.

Share All sharing options for: NFL Power Rankings 2013, Week 7: Giants are best of the worst

The New York Giants fell to 0-6 Thursday night at Solider Field. Despite the team putting forth a more competitive effort, their weaknesses were glaring and there's little reason to believe the rest of the season will be much better for the men in blue. The Tampa Bay Buccaneers and the Jacksonville Jaguars are the only other teams yet to record a win this season.

The Denver Broncos took care of business against the Jacksonville Jaguars. They remain undefeated and sit atop Big Blue View's power rankings for a seventh consecutive week. The Kansas City Chiefs are the only other undefeated team in the NFL, but the top four remains unchanged for a second week. 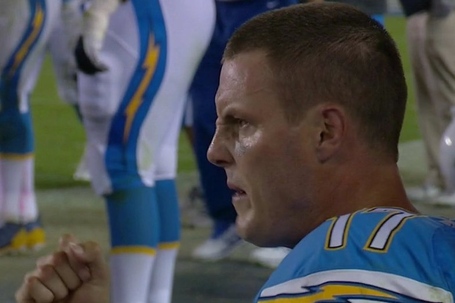 1. Denver Broncos (6-0): Far and away the best team in the league, Denver faces its biggest test to date this Sunday against Andrew Luck's Colts. (LW: 1)

5. New England Patriots (5-1): Tom Brady played like Tom Brady in the final minutes of the game against New Orleans, and that's been missing a lot of this season. (LW: 7)

7. Indianapolis Colts (4-2): Perhaps the Colts were looking ahead to the matchup with Peyton Manning too soon. (LW: 5)

8. Green Bay Packers (3-2): This Packers team looked how we expected them to, but let's see how much of a toll the injuries take going forward. (LW: 8)

9. Detroit Lions (4-2): The Lions' second half was impressive, scoring 24 and shutting down Cleveland at home. Let's see if they're as good against Cincy next week. (LW: 10)

[Related: SB Nation also has the Giants at No. 30]

14. San Diego Chargers (3-3): San Diego has the ability to make some noise. Unfortunately, they play in the same division as two unbeaten squads. (LW: 13)

16. Miami Dolphins (3-2): Miami faces Buffalo, New England and Cincy in the next three weeks. That should be a good gauge of where this team stands. (LW: 17)

21. Cleveland Browns (3-3): They're getting better, for sure, but this team has a ceiling with Brandon Weeden under center. (LW: 20)

23. Buffalo Bills (2-4): They're record may not indicate their improvements, but the Bills play some pretty solid ball. (LW: 22)

25. Carolina Panthers (2-3): Cam Newton must of heard the haters (including myself), but it'll take more than a win against the Vikings before I'm a believer in Carolina. (LW: 28)

27. Washington Redskins (1-4): Special teams blunders and defense cost Washington a win, and they appear to be out of the divisional race early. (LW:27)

29. Pittsburgh Steelers (1-5): The Steelers off the snide with a win over the Jets because of an old philosophy: tough defense. (LW: 31)

30. New York Giants (0-6): Here's a compliment: the G-Men are the best of the worst. With both lines suspect, it's hard to imagine the Giants being anything other than a late-season spoiler this year. (LW: 30)