Two proud franchises, the Giants and Steelers, are among the worst in Big Blue View's Week 5 Power Rankings

Week 4 did not bring any change for the New York Giants, who moved to 0-4 after a lopsided loss to the Kansas City Chiefs at Arrowhead Stadium. The Giants and the Pittsburgh Steelers, two franchises that are in contention for division titles and playoff berths year in and year out, are now one of the few winless teams with not much optimism on the horizon. 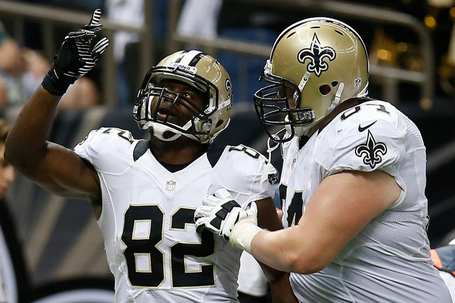 Denver is No. 1, with Seattle, New England and New Orleans right behind.

1. Denver Broncos (4-0): Peyton Manning is playing out of mind. He's dominated the NFC East, and next we'll see what he does against the division-leading Cowboys. (LW: 1)

2. Seattle Seahawks (4-0): It's such a close call between Seattle and Denver. It's an impressive feat to go down to Houston and play a dominant second half. (LW: 2)

3. New England Patriots (4-0): The Pats offense is beginning to find its form, and the defense quietly playing well. (LW: 3)

4. New Orleans Saints (4-0): With so many weapons on offense and a revamped D, the Saints, again, look like a Super Bowl contender. (LW: 4)

5. Kansas City Chiefs (4-0): With such a convincing win against the Giants, I'm finally becoming a believer in the Chiefs. This defense is for real. (LW: 10)

6. San Francisco 49ers (2-2): It looks like the Niners needed a wake-up call, because Colin Kaepernick and that D showed up on Thursday night. (LW: 7)

7. Indianapolis Colts (3-1): You expect the Colts to lay the smackdown on Jacksonville. Hosting Seattle will be a big test for Andrew Luck and Co. (LW:11)

9. Detroit Lions (3-1): Whether it's the Reggie Bush effect on offense or the more disciplined defense, this Lions team has the potential to take the NFC North. (LW: 12)

More: The Giants face the Eagles this week. Over at BGN, they have the Giants ranked No. 31, ahead of only Jacksonville.

15. Dallas Cowboys (2-2): A quick glance at the box score shows the Cowboys played pretty well despite losing to the Chargers. Still, they're leading the NFC East. (LW: 14) 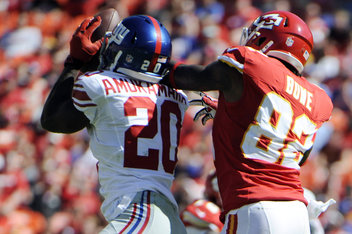 Our traditional review of Giants vs. Chiefs.

16. Cincinnati Bengals (2-2): The Bengals are playing like a "yeah but" squad. Yeah, they beat Green Bay, but a division champion doesn't put up two field goals against Cleveland. (LW: 15)

17. Miami Dolphins (3-1): The Dolphins are better than we thought they would be, but on Monday night their flaws were glaring. Consider them a project still. (LW: 16)

19. Atlanta Falcons (1-3): No team dropped further in the rankings than Atlanta, which has certainly disappointed early on. The talent is there, but where are the wins? (LW: 9)

23. Carolina Panthers (1-2): Will Carolina maintain the momentum following the week off? (LW: 23)

24. Philadelphia Eagles (1-3): Nobody had very high expectations for this defense, and Peyton Manning showed us why. (LW: 20)

26. Minnesota Vikings (1-3): The Vikings had to go across the pond just to get their first win of the season. Is this Matt Cassel's team now? (LW: 25)

27. Washington Redskins (1-3): The Skins are off the snide, but they beat the Raiders and their second-string quarterback. (LW: 26)

28. Oakland Raiders (1-3): The Raiders were more competitive with Matt Flynn than the Giants under Eli Manning. (LW: 30)

31: PIttsburgh Steelers (0-4): Since when does a Steelers defense allow Matt Cassel to look like a Pro Bowler and not have a better plan to contain Adrian Peterson? (LW: 31)