We begin a position-by-position look at the Giants' depth chart heading into the 2013 NFL Draft.

In advance of the 2013 NFL Draft I thought we would take a position-by-position look at the New York Giants' depth chart. We will show the depth chart, discuss what the Giants have or have not done so far this off-season, and ruminate on some draft possibilities for that position.

I thought we would start with the defense. Thus, today the position we look at is defensive end. 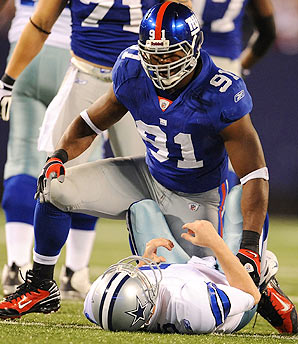 Thus far the only off-season move at defensive end has been the loss of Osi Umenyiora to the Atlanta Falcons via free agency. The thing that jumps out immediately here is that Mathias Kiwanuka is not listed in this group. Looking at the Giants' personnel, and Kiwanuka's skills, there is an expectation that Kiwanuka will move from a hybrid strong-side linebacker/defensive end to a full-time part of the rotation at defensive end. The Giants, however, have not announced such a move so that can't simply be assumed.

There is a belief that Jason Pierre-Paul will return to his All-Pro form of 2011. There is also hope that Justin Tuck will rebound from a pair of sub-par seasons. Behind them, especially without Kiwanuka, are promising, but untested youngsters.

This position has to be in play for the Giants early in the draft. That isn't a guarantee that that Giants will take a defensive end in the first three rounds, but you have to think that if the right defensive end is available the Giants could easily pull the trigger. After all, the Giants' defense has been predicated on the play of its defensive ends for probably the past two decades, a look at the depth chart shows you the position could be considered thin, and the Giants have always made it a priority to keep this position stocked with talent -- even when it seemed there was no use for it.

We have kicked around the potential first-round names incessantly. The most commonly talked about defensive ends are Bjoern Werner and Tank Carradine of Florida State. Toss Damontre Moore of Texas A&M into the discussion if he is still available. Datone Jones of UCLA might be a darkhorse draft possibility in Round 1.

Second-round options might include Sam Montgomery of LSU or Margus Hunt of SMU. As a late-round option, the Giants have shown interest in Princeton's Mike Catapano, attending his Pro Day. Mocking The Draft also has a list of under-rated defensive ends eligible for the draft.

[Mocking The Draft Big Board] 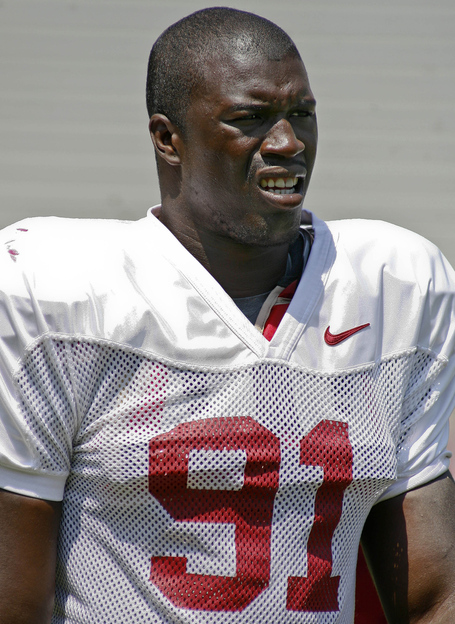