2013 NFL Draft Grades: Grading the rest of the NFC East

How did the other NFC East teams do in the 2013 NFL Draft. We grade their efforts here.

Share All sharing options for: 2013 NFL Draft Grades: Grading the rest of the NFC East

We debated the 2013 NFL Draft for months, wondering what the New York Giants would do. Where would our favorite players land? What does it mean for the future? And in the blink of an eye the draft is gone for another year.

For draft-nerds like myself we can cling on as we take a look back at what actually did occur before we turn our attention to the 2013 NFL season and of course the 2014 NFL draft. I'll have plenty of information and in-depth reaction to what the Giants did over the next week, but I thought I'd start off with my overall impressions of the 2013 NFL Draft. Some teams really shined, and others were a bit confusing. I'm just going to focus this post on the NFC East teams.

Two things stick out immediately about this draft to me that might not be discussed elsewhere. The first is that the Eagles had their scouts "Go West, Young Man". The Florida State Seminoles had, I believe, 11 players drafted and the draft was littered with SEC players, but the Eagles and Chip Kelly went heavily on West Coast players -- and Oklahoma which is more west than it is east to me. Two of their picks were east of the Mississippi. I'm not sure if this is a good thing or not, but clearly it shows that Chip Kelly felt more comfortable with players that he was familiar with, so it's interesting.

Secondly, the Eagles went with a lot of guys who are considered high character guys.

The Lane Johnson pick was virtually unanimously well regarded, but it's not a pick that I was overly blown away with. I recognize that Johnson has a lot of upside because he is raw, but when I watched him play I never at one point thought this guy is worth a top 10 pick -- and in fact thought he was more of a late first round value. The pick should improve the team, but I'll be surprised if he's ever as good as Jason Peters and if he's not it means the Eagles have actually gotten worse at that position. Maybe this year they play Peters at left tackle Johnson at right tackle and move Todd Herremans to guard. For a fourth overall pick, however, I'm not impressed.

The Zach Ertz pick was also a little puzzling, in the sense that I have no idea what the Eagles plan on doing with a whole fleet of tight ends. They now have James Casey, Brent Celek, Ertz, Clay Harbor, Evan Moore, Emil Igwenagu and Derek Carrier all listed as H Backs or tight end. Ertz can be a mismatch creator, but he's not a traditional tight end and he seems a little redundant to Casey.

The Bennie Logan pick was good. He's a talented player with high character who will find an effective slot along the Eagles defensive line.

Matt Barkley was a solid value pick for me. It's not a great value pick, I didn't list him in the top 100 of my big board but I think he was worth a third round pick, which is essentially what the Eagles used for him (trading up to the first pick in the fourth round). Barkley is a system quarterback, which means different things to everyone, but to me it means that there are systems that he can run and will excel at while players like Peyton Manning, Tom Brady, Eli Manning and Drew Brees can play above and beyond the system. Kelly should be intimately acquainted with Barkley so there should be no surprises. I actually like this pick and before the draft was hoping he'd be successful, but now will have to root otherwise.

Wolf is physically gifted and tested at the top at the combine for each drill he participated in at his position. He's undersized, but should contribute immediately as a special teams player and can develop into a good starter. NFL.com compares him to Yeremiah Bell.

In Round 7 I really liked what the Eagles did. Jordan Poyer is a very good football player, but tested poorly. Defensive backs who run a slow 40-yard dash have had trouble succeeding in the NFL, but he has ball skills and leadership. I think Poyer could eventually be a Jarius Byrd type safety. Byrd was a cornerback too who didn't run all that well at his Pro Day (actually slower than Poyer), but has become one of the league's best safeties. I hope Poyer doesn't have that kind of future ahead of him for the Eagles, but he might.

Their other two seventh-round picks were try hard defensive linemen who are outside linebacker conversion projects.

I wouldn't be surprised if other people graded them higher, but I weigh my grades more based on the first three rounds because those are the rounds where impact players come from. I was lower on Lane Johnson than practically everyone else on the planet and the Zach Ertz fit is intriguing to me, but not in a great way, but the value wasn't bad. Logan was a very solid pick. Good job by the Eagles though a bit peculiar and I think the Eagles are the most interesting team in the league heading into next season because I really don't have any clear vision of what they are doing. 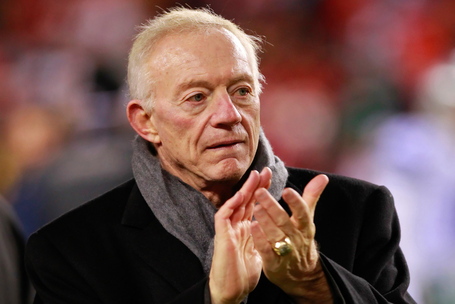 I just don't know what to say about Jerry Jones as a GM. Read this take of how Tony Romo has become assistant general manager there in spirit. And assistant head coach as well.

Source says Tony Romo will have influence in game plans, personnel and play-calling. He will game plan with coaches Mondays and Tuesdays

The first round pick by the Cowboys was a debacle. A story came out about how Florida defensive tackle Shariff Floyd was the highest-rated player on the Cowboys big board, by a good amount (apparently No. 7 overall), but the Cowboys traded down and took a player that by all accounts was rated as a second round player at best. There was also a story that five front office people said Frederick was no higher than a Day 3 pick on their boards.

The second round pick was better, but also not a pick I love. Jones has wanted to find a No. 2 tight end for a long time, which is why he also spent a second round pick on Martellus Bennett. Escobar was okay value in the second round, but he didn't test well and he's from a smaller school -- generally speaking players from places like San Diego State that don't test very well don't get drafted very highly. Perhaps Escobar would have been long gone by their third round pick, but I'm not convinced and this pick feels like a little bit of a reach to me at a position that is not also a tremendous need. The Cowboys could have gone with their choice of running back because Murray has battled injuries since college and their backup is Phillip Tanner. Okay pick, but not great.

Terrance Williams and J.J. Wilcox are picks that Jerry Reese could be proud of -- two very intriguing athletes with a lot of upside. Wilcox was an offensive skill player that made the move to safety his senior year and was impressive at times -- from many accounts. Williams is a big receiver at 6-foot-2, 208 pounds and runs in the 4.5 range. The Cowboys need wide receiver depth, and this is good value here. A really nice pick. Williams didn't run a ton of routes at Baylor, but has the ability to develop into a starting outside wide receiver opposite Dez Bryant moving forward because Miles Austin doesn't seem like a long-term solution in Dallas with all of their salary cap issues.

The Day 3 picks were all solid picks. I'm not the biggest Joseph Randle fan, but in the fifth round it was okay value. B.W. Webb is an intriguing cornerback who played at a small school, but was a very good return man. The Cowboys could use some cornerback depth -- all teams can.

The pick I really like, though, is South Carolina's Devonte Holloman. He is a tweener safety/outside linebacker, but I think fits very well in Dallas assuming they are going to run the Tampa 2 defense.

Best pick: Terrance Williams -- solid value at a position that is not of immediate need with Dez Bryant and Miles Austin there in 2013.

Worst pick: The Frederick pick is really an odd one.

Most intriguing pick: Holloman should contribute immediately for the special teams units and in sub packages.

The only good thing about the first round pick was that the Cowboys got an extra third round player out of the deal, but what they did was take the ninth offensive linemen off the board in the first round, and a guy who I honestly don't think would have been taken before their pick in the third round when they had a potential impact defensive tackle which they also need right there for them. The second round pick was also just okay to me. The third round picks have intrigue and I think both guys have good shots at developing into starters in time, but they are raw. 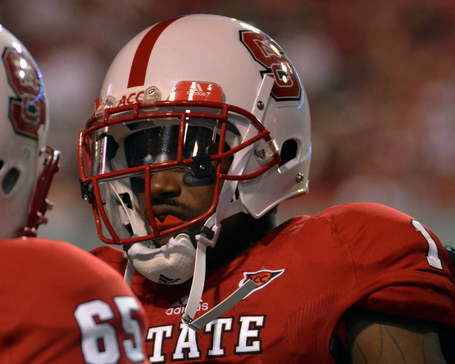 The opinion of the Redskins draft depends on whether or not you view last season's trade for RGIII in a positive light, but as far as what they did on this weekend I really liked it. The Redskins got a few talented guys with questions and a couple of guys who are just good football players. They really filled needs as well despite not having a first round pick.

Amerson is a "boom or bust" prospect because he is talented. He's big and fast and has great ball skills, but he struggled in 2012 and got beat deep too often.

Reed is often compared to Aaron Hernandez and there's something to it and he's an intriguing offensive weapon that is a good fit in the Redskins offensive system.

Thomas was my top target for the Giants in Round 4, and I don't love that the Redskins grabbed him.

I'll trust Shanahan and his evaluation of running backs that fit his system with Thompson and Jamison.

Rambo is a third-round talent in terms of his physical gifts, but comes with baggage.

Really good draft by the Redskins. Not having a first round pick this year and next year could eventually hurt the top tier talent of the team, but if they draft like this again next year that would be less of a worry. I think Thomas is a starting NFL safety they got in the fourth round, and I think Amerson and Reed were smart gambles.