Time for you to play GM for the Giants. Do you want Tank Carradine or Bjoern Werner? Vote in our poll.

Bjeorn Werner or Tank Carradine? Put yourself in the shoes of New York Giants' general manager Jerry Reese for a minute. You have the 19th pick in the 2013 NFL Draft, and the way the board unfolds Thursday night this is the choice that you face. What do you do? Which of the talented Florida State defensive ends do you select? 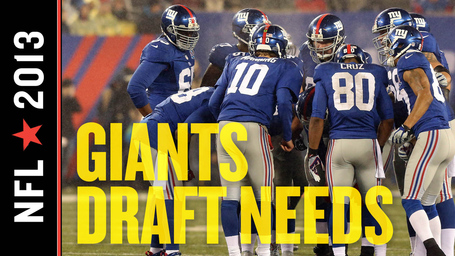 The Giants have eight selections over the three days. They are as follows:

No matter which way you go here, you are getting a player NFL Draft analysts think is a first-round talent who should have a long, productive NFL career.

So, what is a team facing this choice to do?

Cole also said that Carradine has the higher ceiling, although the "difference is not that significant."

Werner: "Werner is a game-impacting pass rusher who plays with a high motor and offers a large upside. He's displayed terrific development the past three years and will do well at defensive end in a 4-3 alignment."

Carradine: "He's an every-down lineman with the ability to defend the run, rush the passer, or chase the action in pursuit. If he quickly recovers from the knee injury suffered in November, Carradine should swiftly move into a starting lineup at the next level."

Vote in the poll below and let us know what you would do.