Jason Pierre-Paul is targeting a Week 1 return from back surgery, but not promising it.

Jason Pierre-Paul, rehabbing following back surgery, made no promises on Saturday that he would be ready for the season opener vs. the Dallas Cowboys on Sept. 8. He said he is "about 75 percent" and that "only time can tell" if he will be ready to begin the season.

The 24-year-old Pierre-Paul said that "everything's good" when it comes to his rehab, but that he "can't promise anything for the season opener." 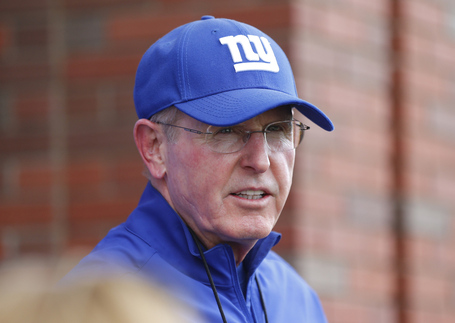 Everything you need to know about the Giants 2013 training camp.

"The back is a really, really horrible pain to have, and back surgery period. And you don't want to rush back. I'm not concentrated on the first game, second game, third game, fourth game, fifth game, sixth game, I'm just trying to come back when I feel like I'm ready to come back."

Pierre-Paul underwent the surgery in early June, admitting that his back had been bothering him for two years before the decision was finally made that core strengthening and trying to drop a few pounds did not ease the discomfort.

Pierre-Paul would not use the back injury and the fact that he took three shots during the season to ease the discomfort as an excuse for his sack total dropping from 16.5 in 2011 to 6.5 last season.

"I don't know how much my back had to do with it, it just was a cause of pain when I'd get back in the stance and we played a 4-3, I've always got to be down and the push off that was there, you know that pain takes a big part of that, Pierre-Paul said. "I just dealt with it and played through it."

Pierre-Paul admitted that prior to the surgery his back was "constantly bothering me," both on and off the field.

The Giants, of course, would love to see JPP back -- and back at the All-Pro level he reached two seasons ago -- as soon as possible. Can he be that player again when he gets back on the field?

"Well, we'll have to wait and see. But I'm striving for that, but I'm feeling great right now, I have no pain bothering me," Pierre-Paul said. "My plan is to get better, come out here and be a big part of the team and try to get to the playoffs because that's where it starts, to make a Super Bowl run. Trying to get back to the playoffs and be a better player than I was last year."