Giants Vs. Buccaneers: Getting To Know The Tampa Bay Front Seven

Share All sharing options for: Giants Vs. Buccaneers: Getting To Know The Tampa Bay Front Seven

Against the Carolina Panthers the Tampa Bay Buccaneers surrendered only 10 yards rushing in 13 attempts, a crazy number against a team with a good rushing attack. The Bucs also sacked Cam Newton three times in a season-opening 16-10 victory.

"They have a good front," said Giants coach Tom Coughlin.

Let's meet the front seven that will be a huge challenge for a Giants' offensive line that is anything but dominant. 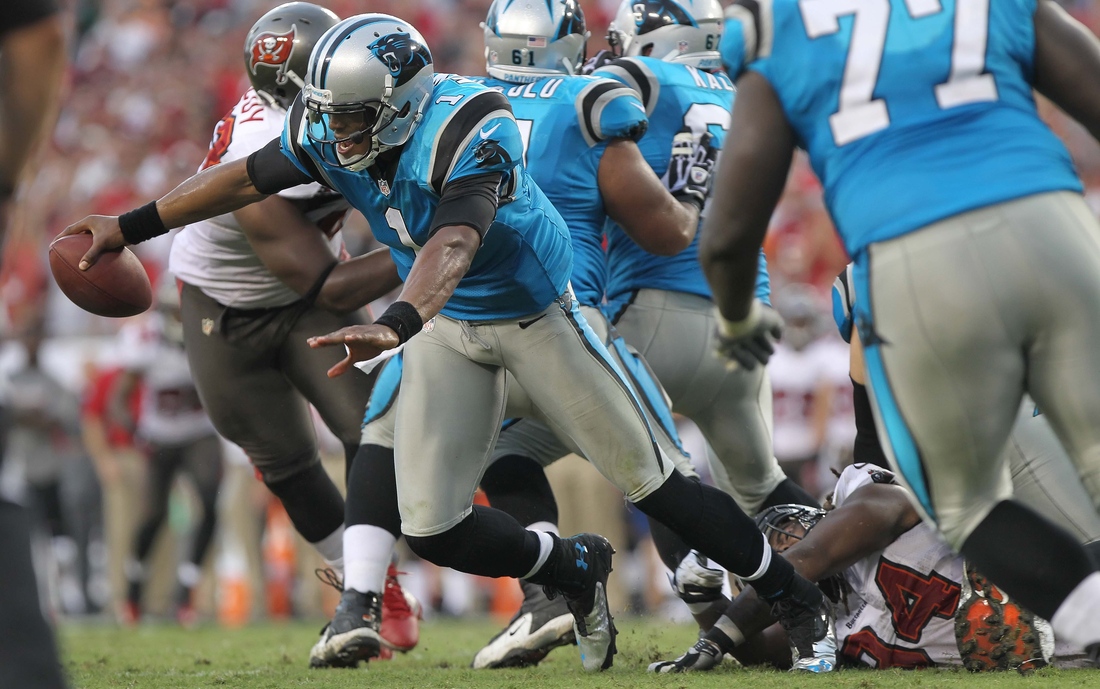 Adrian Clayborn (RDE) -- A 24-year-old second-year player who was Tampa Bay's first-round pick a season ago. He had 7.5 sacks a season ago, and had one of the Bucs' three sacks of Newton last week. Matchup: Sean Locklear or Will Beatty.

Gerald McCoy (LDT) -- The third overall pick of the 2010 draft. Played in only six games last season after suffereing a biceps injury. Had one of Tampa Bay's sacks on Sunday. Matchup: Chris Snee.

Michael Bennett (LDE) -- Brother of Giants' tight end Martellus Bennett. He is in his fifth season and had a career-high four sacks a season ago. Had a sack and forced fumble against Carolina. Matchup: David Diehl. 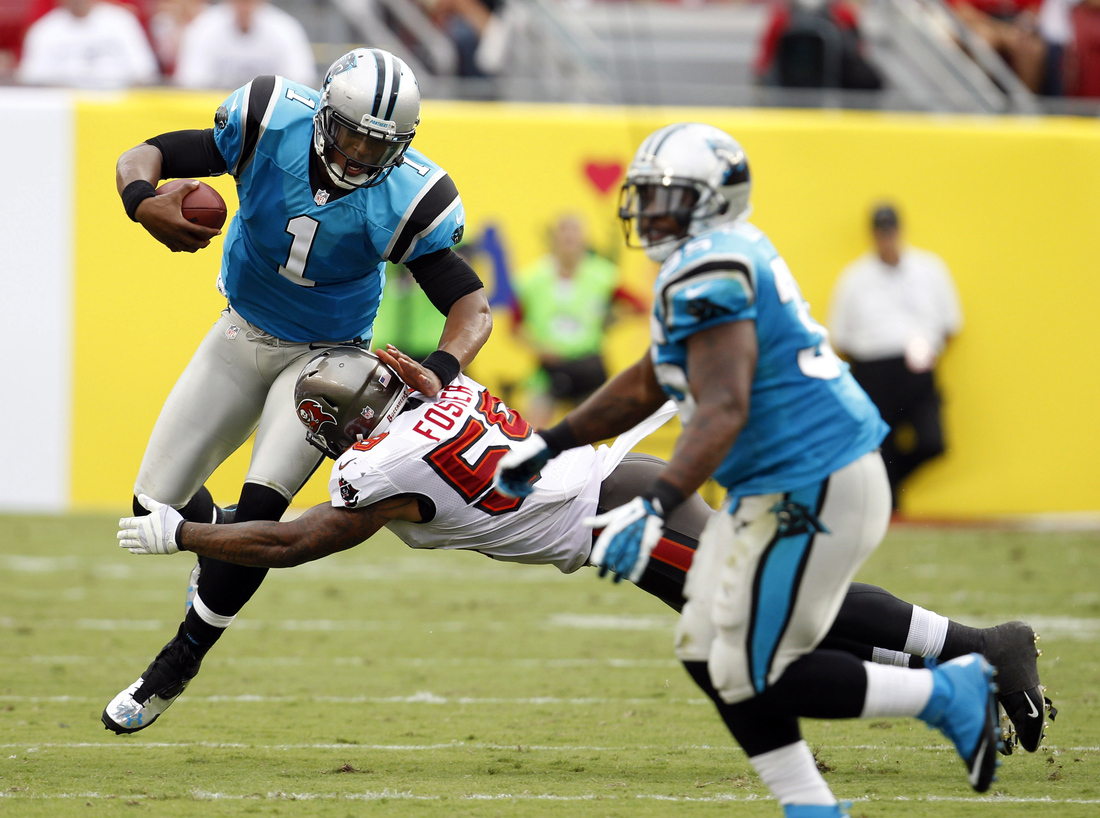 Mason Foster (MLB) -- You guys remember foster, I'm sure. He was drafted by the Bucs in the third round a season ago, one pick after the Giants selected wide receiver Jerrel Jernigan. Let's be honest, a lot of you guys wanted Foster in that draft. Personally, I figured he was an obvious pick at that point in the draft. And right now this one looks like a mistake by the Giants, even though the linebacker situation has worked out pretty well. Foster is a starting-caliber middle linebacker who made 84 tackles last season. Pro Football Focus didn't like his work, grading him at -28.7 for the season. Still, a starting middle linebacker or a guy who has yet to catch an NFL pass -- which would you rather have?

Quincy Black (SLB) -- An old man in the front seven, playing in his sixth season.

LaVonte David (WLB) -- An athletic 6-foot-1, 233-pound player I know many of you who study the draft really loved. The Buccaneers took him in the second round (58th overall). A sideline-to-sideline defender who had six tackles in the season opener against Carolina.

There isn't a superstar among this front seven, but the Giants blockers have spent a lot of time recently making everybody look good. The athleticism of the linebackers will be a challenge for the Giants, who like to pull and trap. Locklear (-1.9), Kevin Boothe (-2.4) and Diehl (-2.9) were graded poorly in run-blocking by PFF a week ago and will need to do better. Bear Pascoe will also need to do a better job setting the edge than he did a week ago.