When the New York Giants face the Tampa Bay Buccaneers on Sunday (1 p.m. ET) at MetLife Stadium, the coordinators making the calls for the Buccaneers will be familiar to Giants fans. Both are former Giants coaches -- Mike Sullivan on offense and Bill Sheridan on defense.

Sullivan was Giants' quarterbacks coach in 2010 and 2011, and wide receivers coach from 2004-2009 before Tampa Bay head coach Greg Schiano gave him the opportunity to run his own offense with the Buccaneers.

As you might expect, Sullivan's Tampa Bay offense looks a lot like the one the Giants run under offensive coordinator Kevin Gilbride. Head coach Tom Coughlin said this week there were "quite a few" similarities, but wouldn't say that will help the Giants against the new-look Bucs. "Need to play better than the other guy, no matter what," Coughlin said.

Sullivan will have former Giants running back D.J. Ware among his weapons on Sunday. Ware was released by the Giants and picked up by Tampa Bay before the season started.

Sullivan is an up-and-coming coach who might have been in line to one day replace Gilbride as Giants' offensive coordinator had the Bucs not come calling. His ascension seems typical of what happens with rising young coaches on teams that succeed, like the defending Super Bowl champion Giants. 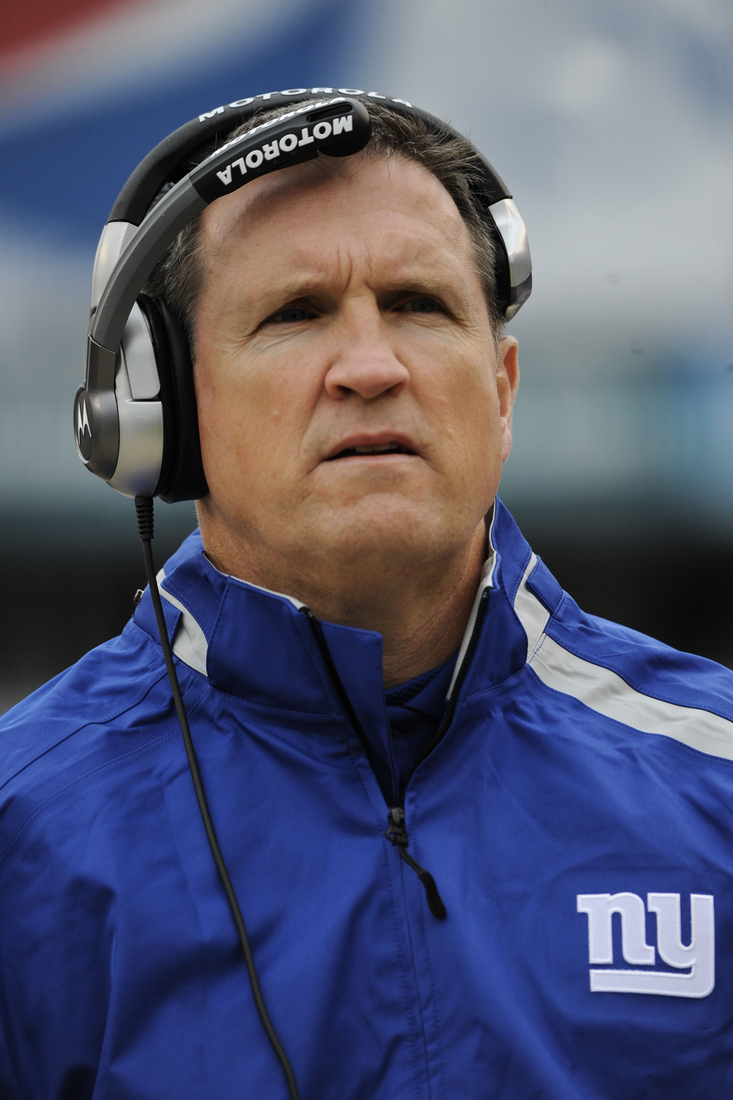 The more interesting case has to be Sheridan, an abysmal flop as Giants' defensive coordinator back in 2009. Not to dredge up bad memories, but you remember Sheridan, right?

Spagnuolo was aggressive, noticeable, an energetic coordinator who loved to attack and whose fiery nature seemed to motivate his defensive unit. Sheridan is cerebral, a laid-back presence who is often barely noticed. He seemed to believe less in the attack mode Spagnuolo built the Giants' defense to play and more in a passive approach that suited his personality. He also was portrayed as a coach who believed it was his job to design the defense and make the calls and the player's responsibility to motivate themselves.

We know what happened,

Sheridan got the Tampa Bay job largely because the Buccaneers hired Schiano late and the candidate pool really wasn't all that strong at the time. The Buccaneers, though, might be a good fit for Sheridan. Tampa Bay did surrender only 10 yards rushing in a season-opening 16-10 victory over the Carolina Panthers.

Tampa Bay is a place where Sheridan does not have to design a defense. Schiano is a defensive-minded coach, and his imprint will be all over the Buccaneers' defense. What he needs to do, mostly, is call the defense and implement Schiano's vision.

Of course, if he wants to revert to 2009 form on Sunday Giants' fans won't mind.