After a crushing Week 1 loss to the division rival Dallas Cowboys, the New York Giants (0-1) are looking to bounce back against the Tampa Bay Buccaneers (1-0) on Sunday.

Tampa Bay, under the direction of their new head coach Greg Schiano, surprised the league with their effort to defeat Cam Newton and the Carolina Panthers, 16-10. It was an impressive win over Carolina, however Tampa Bay will be facing a whole new team in the Giants; a team that is troubled by a loss to their division rival and wants to get back to winning ways badly.

Here is what the Bucs did against the Panthers: 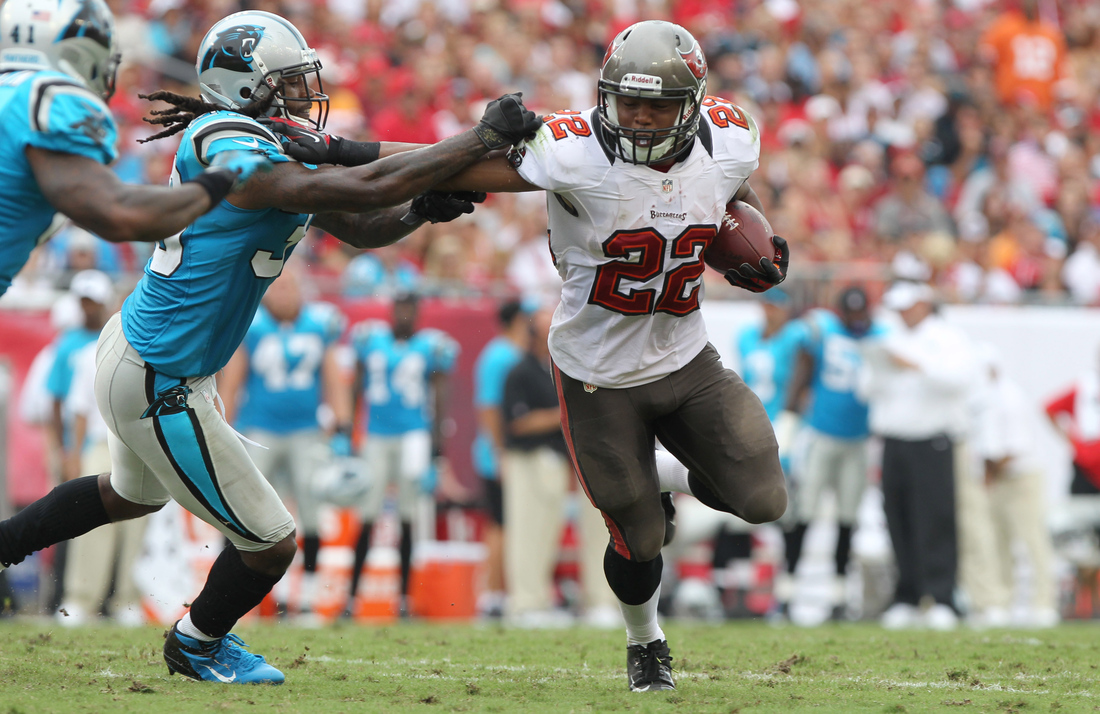 Josh Freeman led the way for the Bucs against Newton and the Panthers, however his numbers still weren't dazzling. He completed 16 passes in 24 attempts for just 138 yards. He threw just one touchdown in their 16-10 victory, a 6-yard pass to wide receiver Mike Williams.

Doug Martin had a good day rushing for the Bucs. He had 24 carries for 95 yards. He averaged 4 yards per carry, and his longest run was 15 yards. Former Giant D.J. Ware rushed two carries for 14 yards, meanwhile LeGarrette Blount hadjust three carries for eight yards while he was sidelined most of the game with an apparent injury. The Buccaneers did not confirm if he was injured or not.

The rushing game will come to it's first big challenge against a strong defensive front that the Giants have with Jason Pierre-Paul, Justin Tuck, and Osi Umenyiora. It's important for the Bucs that Blount is healthy since Martin won't be able to do it all. However, they do have Ware to use as he is of course familiar with this team. Both Martin and Ware have speed, but to have to get through those three defensive ends isn't going to be easy. If they can't find open spaces quickly then they won't go far.

The Buccaneers put on an impressive rush defense against the Panthers, holding them to just 10 yards. Lavonte David made five tackles and Michael Bennett, Gerald McCoy, and Ronde Barber took care of the pass rush, each sacking Newton once. Barber and Ahmad Black also had an interception each. They managed to stop the Panthers rushing game, but they don't seem to have much to offer, anyway. The Buccaneers real test will come against the Giants. Ahmad Bradshaw will provide his speed while rookie David Wilson is trying to make up for his Week 1 fumble.

The Buccaneers secondary, however, did not fair well against the Panthers as they allowed Newton to complete 23 of 33 passes for 303 yards. Newton showed the major weaknesses in the Buccaneers defense and Eli Manning isn't going to make it any easier. With receivers like Victor Cruz, Hakeem Nicks, and Domenik Hixon to throw to, the Buccaneers are going to have a real tough time in the backfield. 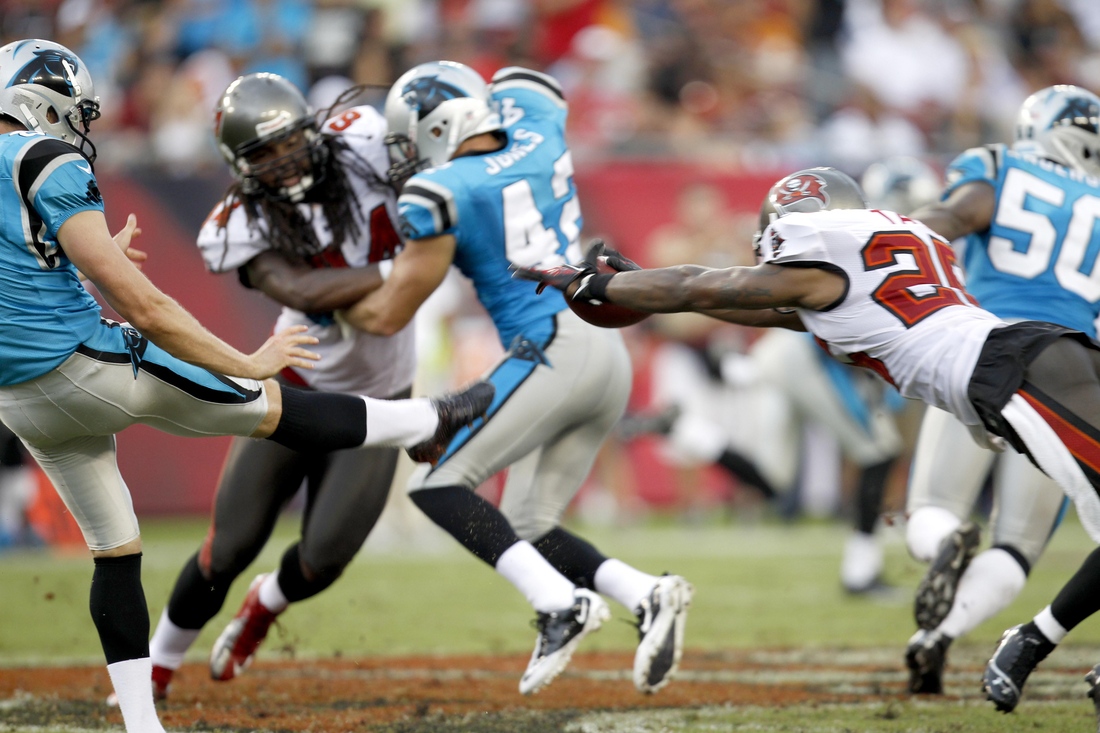 Kicker Connor Barth was 3-for-3 in field goals this past Sunday for 10 points. His longest attempted went for 40 yards. Their punter Michael Koenen has a pretty strong leg, making five punts for 230 yards. His longest punt went 52 yards. Preston Parker and Michael Smith are the guys for the Buccaneers to make the returns on punts and kickoffs. They each had a return that went over 20 yards against the Panthers. Aqib Talib blocked a punt against the Panthers.