Share All sharing options for: David Wilson And Doug Martin: Comparisons Are Inevitable

Going back to our coverage here at Big Blue View leading up to the the 2012 NFL Draft there was a lot of speculation that if the New York Giants were to take a running back with the 32nd overall pick of the first round Doug Martin of Boise State would be the perfect candidate. To be fair, we also did spend some time talking about David Wilson.

We know how this turned out. The Tampa Bay Buccaneers, selecting 31st, selected Martin. The Giants, selecting 32nd, chose Wilson.

One week into their respective careers? Advantage Buccaneers.

Oh, and one benching.

It is, of course, completely unfair to make any judgments after one week. Wilson is a backup running back because the Giants are defending champs, while Martin is a featured back because the Bucs went 4-12 a season ago and didn't have one. At least initially, Martin will get more opportunities and put up better numbers.

What is fair, though, is to say that these two talented young running backs will be worth comparing and contrasting throughout their careers. This is sort of the Eli Manning/Philip Rivers/Ben Roethlisberger comparison of running backs.

What is also fair is to say we should learn some things about Wilson's toughness this week. He came out of Virginia Tech with a reputation for making explosive plays, an ability he showcased in the preseason. He also came with a 'prone to fumbling' warning label. He has already shown that to be accurate, as well.

"Ball security was an issue when he first came here, and we’ve been trying hard to make sure it’s not an issue. We have a little work to do," Giants coach Tom Coughlin said.

There were questions after Coughlin gave him the quick hook against the Dallas Cowboys. Did he cry? He denied that. Did Coughlin lose faith in him? We'll see. Coughlin says no.

"It’s more, let the veteran play, and let’s hope we don’t have another occasion to shoot ourselves in the foot," Coughlin said. "we have designed things for David to do right now. We will continue to do that; we’ll continue to build. He was very upset on the sideline about what happened, I will give him credit for that. He was deeply, deeply sorry for what happened. Unfortunately, it happened.

"Everybody wants to say, "Oh you didn’t play him after that." We’re playing the opening game of the year, it’s a divisional game, we were driving the ball; we’re going to be a little bit reluctant. This is not preseason, "let’s go for stage two here," it’s business now, and the ball is…In nine years we’re 46-9, 84 percent wins when we win the turnover battle." 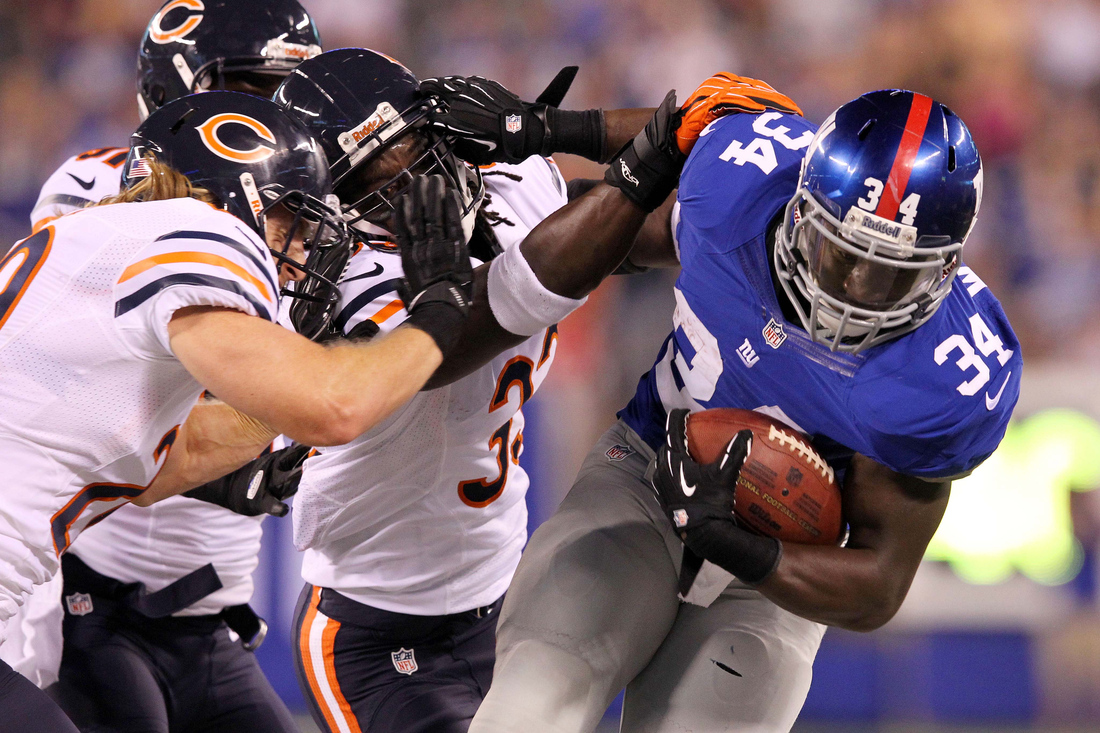 Wilson seemed to understand the decision.

"It’s [the fumble] something I know that can’t happen," Wilson said. "I don’t think they totally gave up on me. It was just in that moment and the opening game and me having a critical moment like that at the beginning, they didn’t want me in there.

Does he have the mental toughness to quickly put aside the mistake, and the seat on the bench, and become the play-maker the Giants' stuck in quicksand running game appears to desperately need? We will find out.

Over the weeks, and seasons, to come we will also find out whether the Buccaneers or Giants got the best of their back-to-back first-round picks in the 2012 NFL Draft.

In the end, how do you guys think this will play out?