Giants Vs. Buccaneers: The Cavalry Is Coming! Maybe

Share All sharing options for: Giants Vs. Buccaneers: The Cavalry Is Coming! Maybe

Could the cavalry be coming Sunday to help the New York Giants in a game they need to win against the Tampa Bay Buccaneers? Or, at least, some badly-needed reinforcements.

Head coach Tom Coughlin spoke earlier Monday about some of the injured Giants. Well, cornerback Prince Amukamara, defensive tackle Marvin Austin and offensive tackle Will Beatty are among those injured players. Amukamara (high ankle sprain) and Austin (back) did not play at all. Beatty played just five snaps as he works his way back after missing the entire offseason program and most of the preseason with a back injury.

All three sounded optimistic on Monday.

Amukamara ran Sunday for the first time since suffering the high ankle sprain against the Chicago Bears in the second preseason game and said he is "very optimistic" he will play Sunday against the Bucs.

"There’s always a sense of urgency in my head and just trying to get back on the field, but of course just with our cornerback situation and with guys going down, that does put pressure on me to try to get back on the field that much more, but I’m doing everything I can. If there was a magic pill, I’ll take it," Amukamara said. "I feel good. I’m not running how I’m used to, but I still feel good out there."

The Giants need Amukamara, of course, with his replacement, Michael Coe, having suffered a hamstring injury in the opening game against the Dallas Cowboys. There was no word Monday on Coe's status for Sunday.

Austin missed all of last season, which would have been his rookie year, with a torn pectoral muscle. The Giants could have used the 2011 second-round pick against the Cowboys as Dallas ran for 143 yards, much of it in the second half. Linval Joseph (55 snaps) and Rocky Bernard (50) played many more snaps than would be ideal with Austin out and Chris Canty still on the Physically Unable to Perform (PUP) list. Rookie seventh-round pick Markus Kuhn played only 14 snaps as the third defensive tackle.

Austin is trying to temper his enthusiasm as he closes in on what could be his first regular-season NFL action.

"I just want to make sure that I understand and know what’s going to be best for the team and talk to my trainers. I’ve been with them every day forever. Even the days off, I’m in here. Just making sure that I relay how I feel to them as best as I can and they’re going to give me the best information because this is not the first time they dealt with what I’m dealing with, so I’ve just got to be smart because the worst thing I would want to do is hurt myself and be back to where I was last year. That would be the worst thing for me, so I’m just trying to be smart," Austin said. 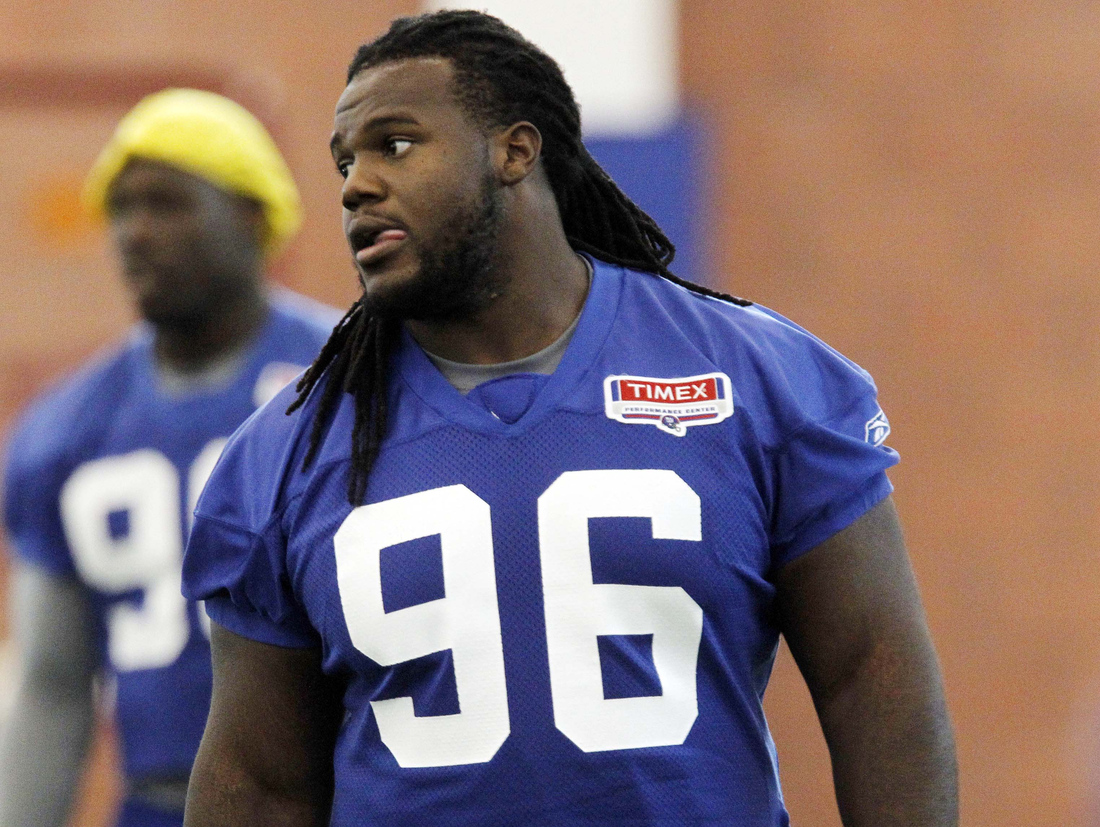 Beatty was the Giants' starting left tackle a season ago before suffering a detached retina, and the team counted on him to return to that role. The back injury has forced Sean Locklear, a veteran with far more experience on the right side, to fill that role. Beatty played his five snaps against Dallas as an extra tight end.

Beatty said he doesn't know if the Giants will put him back in the starting role, but added "I know I can handle it."

"I’m still preparing myself for me starting the game," said Beatty, adding that he does not feel limited at practice. "he only thing with the back was the back wasn’t where it should’ve been, so it was like rush, get yourself right. The last two weeks, I had no problems, no setback."

Getting full participation from all of those players would be a huge help to the Giants Sunday as they look to even their record at 1-1.