During New York Giants training camp at UAlbany the video tower from which the team films each practice session usually sits directly behind the goal posts at one end of whatever field the Giants are utilizing that day. For most of practice, Assistant Video Director Carmen Pizzano sits unnoticed, sometimes under an umbrella or in a folding chair filming the proceedings.

On the days placekicker Lawrence Tynes lines up to kick field goal, Pizzano becomes a human bulls-eye. And a favorite of the fans who show up at UAlbany to watch the Giants prepare for the season ahead.

Several times thus far during camp in Albany Tynes has hit the tower, hit Pizzano's umbrella, or -- the fans' favorite moment -- had Pizzano catch one of his kicks.

"With the short uprights that we have it's [the tower] really what I look at," Tynes said. "You can't even really see those silver pipes sometimes." 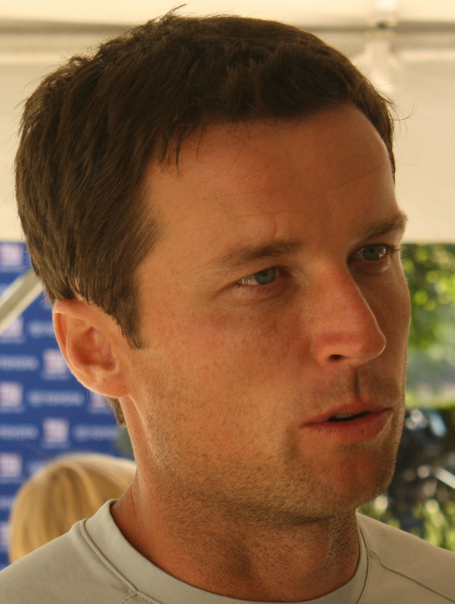 Of Pizzano's efforts from the tower, Tynes said "That's my guy."

Tynes said Pizzano is his "aiming point" and that the video man tries to line up directly between the goal posts.

"He's got some pretty sweet hands, too. He's made some nice catches, those aren't easy to catch," Tynes said. "He doesn't miss a beat. That ball's coming right at the camera."

Here is a clip from Giants' camp that includes a nice grab by Pizzano. You will notice Terrell Thomas in one of the highlights if you watch long enough. The video is from early in camp, before Thomas re-injured his ACL.

Tynes has, as best as can be figured from the sidelines, missed only one field goal during camp. That was a wind-blown 46-yarder that got knocked down by a stiff breeze. He seems to be hitting the ball with a tremendous amount of authority. He credits the fact that he is working with the same long snapper (Zak DeOssie) and holder (Steve Weatherford) for a second straight season.

He said his confidence in the kicking operation allows him to "be a little bit more aggressive into the ball."

In five seasons with the Giants Tynes has made 83.2 percent of his field goals, much better than the 78.2 percent he made during three previous seasons in Kansas City. Many of those, of course, have been pressure kicks. Two of them sent his team to Super Bowls.

"I think the thing he does is he doesn't overwork you," Tynes said. "I'm not saying he underworks us. When we need to work we work. We're veterans, we know what we need to do and if we need extra work we'll definitely do it."

Tynes added this about Quinn:

"He's got a keen eye for kickers and punters on when we're doing it well what it looks like and when we're not," Tynes said.

Tynes knows fans have a love-hate relationship with kickers.

"You either make it or you don't, so you either love it or you hate it," Tynes said. "That's just a product of the business. That's what we do."

Fortunately for the Giants when it has mattered most Tynes has delivered. He has had a lot to do with the two Super Bowl rings the team has earned in the past five years, and Giants fans have to love that.