One of my mantras in recent seasons has been that when it comes to building NFL rosters teams can never acquire enough quality coverage guys. Super Bowl champs or not, the New York Giants got caught short in this department in the 2011-2012 season, placing six cornerbacks on injured reserve and having top draft pick Prince Amukamara basically waste his rookie year after breaking his foot.

Entering 2012, Aaron Ross can be a free agent and best guess is he will be moving on. Terrell Thomas is also a free agent, and though he appears likely to be back he now has a twice surgically repaired ACL. Amukamara should be ready for an expanded role, but you can bet the Giants would like to avoid having to use Antrel Rolle as a slot corner as often next season as they were forced to in the past one.

Let's use today's 2012 NFL Draft Prospect Profile to look at one of the cornerbacks in the 2012 draft class who might be able to help the Giants. Brandon Boykin of Georgia is a smallish player, 5-foot-10, 183 pounds, with a reputation as a quality cover guy and dangerous kickoff and punt returner.

Wes Bunting of the National Football Post has Boykin ranked fifth among cornerback prospects in this draft class. Bunting writes:

"Plays much bigger/strong than his frame would indicate. Has the ability to press on the edge, but might be better suited to play as a slot guy in the NFL. Either way can play a role on a defense in either a man or zone scheme."

CBS Sports calls Boykin "a formidable athlete as both a cornerback and a kick returner." CBS has Boykins ppgged as a likely second-round selection.

NFL.com says Boykin "is a superior athlete, even in the SEC, and relies on his speed and quick-twitched feet to cover. He is a very flexible and athletic mover who needs to improve his technique to cover at the next level the way he did in college. He is an intriguing prospect for teams who want to develop his technique and are willing to overlook his stature. He has value as a nickel corner immediately." 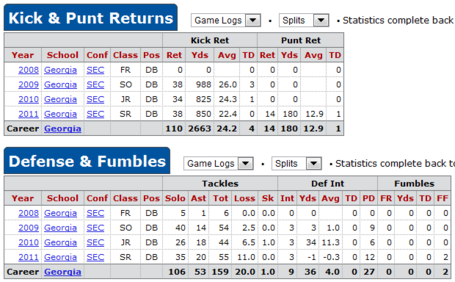