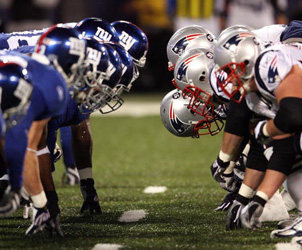 This Sunday on the 11th day of September in the year 2011, a new season will be born for the New York Football Giants. On that day, and on that day alone will a small glimpse of what the future holds for our beloved football team be unveiled for inquiring minds not only in the local culture, but far across the nation as well. Nothing will be proven with either outcome of course, as a win will undoubtedly go down as nothing more than simply expected against an inferior opponent, while a loss only buries us deeper into the ever growing black hole of negative expectations being dug by the both the local, and national media's propaganda.

It is easy to be swayed to the side of ceaseless naysaying. As the masses will often paint a vast tapestry of recusancy for those who choose to walk the path of a fanatic. A fanatic, one who will stand behind the city of New York and their Giants regardless of how they are seen by the talking heads. These talking heads, who lay claim to the seats behind the desks of the various news outlets that call your high definition television screen home. I say to you, ask yourselves in your next hour of meditation - which everyone finds during the day, to visit their line of thinking...This team has a head coach, who never really seems entirely in control of his locker room. It has a quarterback, who never truly consistently shows he is a master of his craft. It has a defense, which has been so decimated by injuries prognosticators no longer have them as viable playoff contenders, and would be seen as downright preposterous to award them the ever paramount award of Pre-Season Division Champions. Visit this thought process, and join me in spitting directly in the paths of those who choose to walk it! 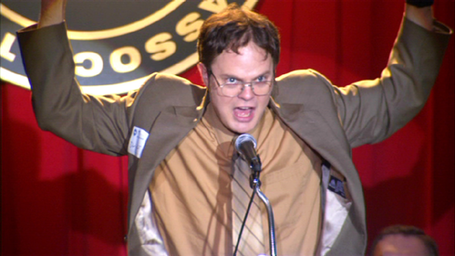 I ask you to rise and be worthy of this historical hour! No revolution is worth anything unless it can defend itself! Some people will tell you fanatic is a bad word. They will conjure up images of unintelligent homers, and biased one-sided ignoramus'. This is our duty to change their perception! I say, Giants fanatics of the world...unite! We must never acquiesce! For this will be our greatest season to date! How long have we been striving for greatness? Not only the years we've been at war, the war of fandom, but from the moment as a child, when Bill Parcells, Phil Simms, and Lawrence Taylor showed us the NFL could be conquered. It has been a lifetime struggle, a never-ending fight, I say this to you...and you should understand that it is a privilege to fight! WE ARE WARRIORS! We will never accept that a season can be ended before a single regular season snap has been had. We will not accept that these dreams of a fourth Super Bowl title will not come to fruition until the very last breath is exhaled from the officials whistle in the final game of this, the 2011 season. 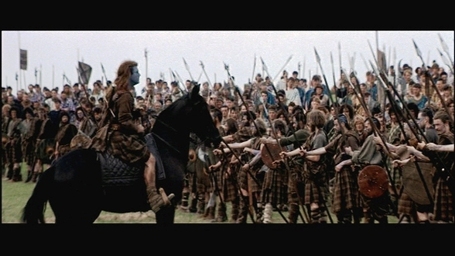 You have come to this website as free men, and free men you are. What will you do with that freedom? Will you debate? Aye, debate that this team will be successful and you may be humiliated, run from debate and your ego will be spared. At least a while. And dying in your beds many years from now, would you be willing to trade all the days from this day to that for one chance, just one chance to come back here and tell our opposing fans that they may say that the Giants will suck, but not without feeling it was a mistake to do so! They may say the game has passed by our coach, they may say our quarterback is not elite, they may say that in our darkest hour with injuries on top of injuries, ON TOP OF INJURIES we are not set to hold Vincent Lombardi's trophy. They may say this, but regret it they will! As we will choose to hold our ground and stand tall as we laugh maniacally when the Giants stand triumphant over all of the rest come February the 5th 2012. 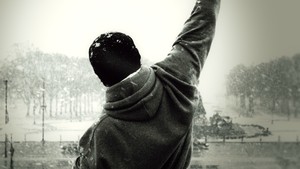 While I admit all of this is nice to think about today, during the season when losses pile up it becomes difficult to stand strong, because let's be honest...the world ain't all sunshine and rainbows. It's a very mean and nasty place. And I don't care how tough you are. It will beat you to your knees and keep you permanently there if you let it. Laron Landry, DeMarcus Ware, Trent Cole...they can hit, but nobody is gonna hit as hard as life can hit. That is not what this season is going to be about though. It's going to be about how hard you can get hit and keep moving forward, how much you can take and keep moving forward. That's how winning is done. Now if you know what you are worth, go out and get what you are worth, but you gotta be willing to take the hits and not pointing fingers, saying you ain't where you want to be because of him or her or anybody. Cowards do that, and that ain't the Giants or their fans. We're better than that. Terrell Thomas is not here. Jonathan Goff is not here. Steve Smith is not here. So when these heroes from Gotham line up on the field this Sunday, and every Sunday until the end of this season realize who we have to cheer for, and that THEY CAN accomplish great things as a unit bound eternally with the lowercase 'ny' on their helms!

I know what some of you are thinking. That this is all wrong. By rights we shouldn't even be here. We were prepared through the draft, and last years acquisitions to make this team better than the team we saw the year before. Then Prince went down, Boss went to the Raiders, Smith went to the Eagles, Osi got surgery. TT, Austin, Sintim, and Goff all went down. This is why I feel it necessary to remind all of you, this is like in the great stories, friends. The ones that really mattered. Full of darkness and danger, they were. And sometimes you didn't want to know the end. Because how could the end be happy? How could a team find the success it once had when so much bad has happened? Two consecutive years of missed playoffs, six consecutive losses to the hated Eagles, injuries that would put a halt to a lesser teams season before it has begun. In the end though, it's a passing thing, this shadow. Even darkness must pass. A new day will come. And when the sun shines it will shine out the clearer.

And those are the stories that stay with you. That mean something, even if you were too small to understand why. But I think, friends, I do understand. I know now. Folk in those stories had lots of chances of turning back, only they didn't. They kept going. Because they were holding on to something... 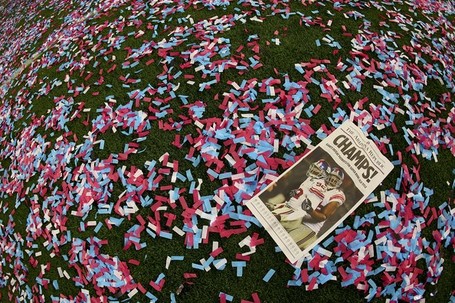 My name is Tito (eight and oh). Commander of the Fantasy Football team Manning Vs. Wild, General to the Sales department at Pinnacle Parts. Owner of a ticket to the "Miracle at the New Meadowlands", loser of a bet that the Giants would make the playoffs. And I will have my vengeance. In this season or the next.