When the New York Giants drafted USF linebacker Jacquian Williams in the sixth round of the 2011 NFL Draft (202nd overall) the general reaction among draft analysts was "the Giants did WHAT?" ESPN did not have its standard profile data ready to display about Williams. In his post-draft analysis of the Giants' draft , Draft Countdown's Scott Wright said "I was a little surprised he was drafted."

Williams is used to dealing with the doubts. During a recent conversation he said it seems he has always heard them.

"That's something that's been going on all my life," Williams said. "I've always been underrated, so that would be nothing new. When I hear it it's just another reason why I start working even harder to prove my point that I'm a good player and I put in the work and I love this game and I'm good at this game."

Williams said it seems like he has had to prove he belongs ever since he began playing football.

"I think it's been like that since high school, even Pop Warner I was always underrated," Williams said. "It's something that I've always been through in my life, and I accepted it and continued to work and wait for my time."

Williams began his college career at Fort Scott Community College as a teammate of current Giants' defensive end Jason Pierre-Paul. The pair also, of ourse, attended USF together. Williams started only one game at USF as a junior before emerging as a force in his senior season. In 2010 he started all 13 Bulls' games, recording 71 tackles, including 11 for losses, and 2.5 quarterback sacks.

The Giants, obviously, liked what they saw from the 6-foot-3, 231-pound Williams.

"The guy will strike you, will give us some more speed on our special teams," said Giants General Manager Jerry Reese. "Junior college kid, so he'll be behind a little bit with regard to high level of play. Came there late, to South Florida, but he got into the mix really quickly there and just took off. A lot of people probably didn't know him. Our scouts really did a good job digging this guy out. We think he can really give us a boost on special teams with his speed while he's learning how to play up here at this level." 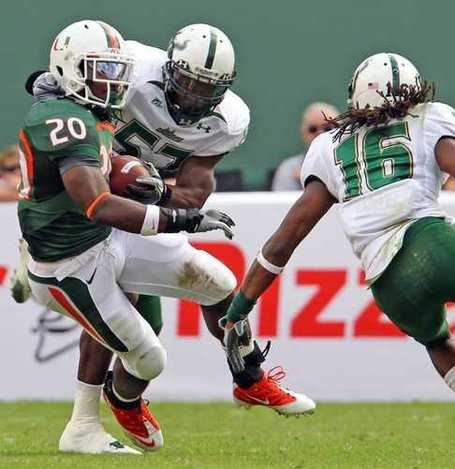 Williams said he knew he was on the Giants' radar after a conversation he had with Reese.

"He told me he was going to bring me up and have me reunite with Jason (Pierre-Paul)," Williams said. "He commented on how I'd be coming for a visit, and he was very interested in me."

Williams hopes to emulate the career of Pittsburgh's All-Pro linebacker James Harrison, the 2008 NFL Defensive Player of the Year. Harrison was signed by the Steelers as an undrafted free agent in 2002, cut after a year, signed and cut by the Baltimore Ravens, then re-signed by the Steelers in 2004. He did not become a starter for Pittsburgh until 2007, then became one of the game's most dominating defensive players.

"He's been cut more than one time and he's still very humble. He's definitely under-rated and he's a hard worker.," Williams said. "He's a great player. I definitely admire what he did to get there."

The ongoing NFL Lockout, of course, puts all NFL rookies at a disadvantage. Williams just sees it as another obstacle on the path to being a starting NFL linebacker.

"I just have to continue to work hard and be ready whenever the time comes. I'm a hundred percent ready," Williams said. "It's a big disadvantage. I won't have enough time to get to know everybody and learn the plays and stuff. It's definitely a disadvantage but I've always been in tough situations, so I'm just going to pray about it and hope for the best." 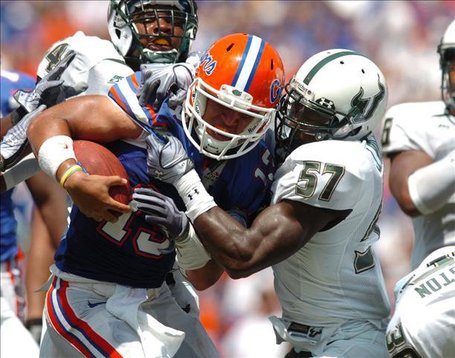