Share All sharing options for: Giants By The Numbers: 86 Is For ... 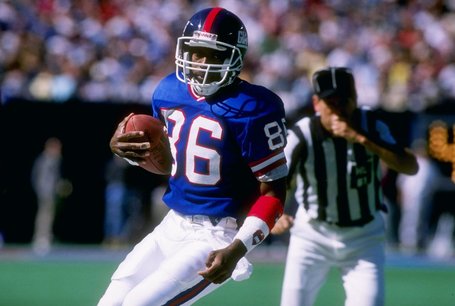 From 1984-90, a time when New York Giants' wide receivers were like an accessory that was rarely worn and almost never highlighted, Manuel was probably the most consistent pass receiver the team had other than tight end Mark Bavaro.

Manuel was cut near the end of the 1990 season, in which he caught only 11 passes.

Other Notables Who Wore 86

[NOTE: No. 87 will be posted a little later. I will be doubling up some of these in the coming days so we can get through all of them before training camp starts.]