Share All sharing options for: Giants By The Numbers: 44 Is For ... 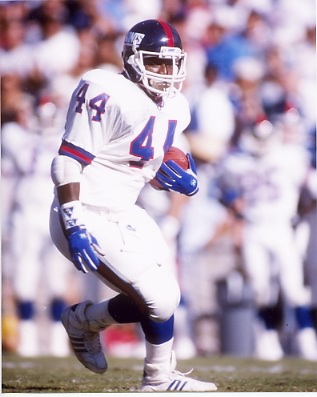 With apologies to current New York Giants' fullback Madison Hedgecock and to Charles Way, No. 44 is the best pure fullback the Giants have during the time in which I have been a fan of the team. That, by the way, dates back to the late '60s.

Carthon, at 6-foot-1, 225 pounds, was a relentless lead blocker for Giants' running backs like Joe Morris, Ottis Anderson and Rodney Hampton. Before coming to the Giants, Carthon was lead blocker for Herschel Walker with the New Jersey Generals of the USFL.

So, he has cleared running lanes for a lot of great backs while helping the Giants win two Super Bowls.

Carthon, of course, played for Bill Parcells with the Giants. Parcells thought enough of him that he brought Carthon to New England, the New York Jets and the Dallas Cowboys as an assistant coach. Carthon is currently assistant head coach in Kansas City.

Carthon also differs from Hedgecock and most current fullbacks in that he could run with the ball a little. He never posted great numbers with the Giants, but did gain 941 yards rushing in seven seasons (1985-91) and caught 87 passes for another 835 yards. Hedgecock can only dream about those numbers. 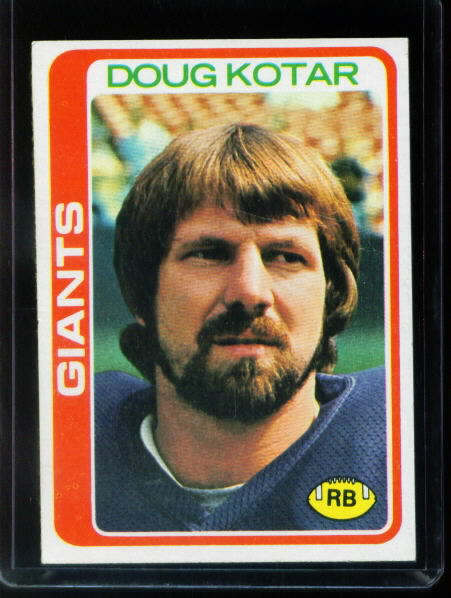 Other Notables Who Have Worn 44

Of course, current Giant Ahmad Bradshaw leaps to mind. He is coming off a 778-yard season while playing with a bad ankle and broken bones in his feet. If he can stay healthy and produce like that long enough, he could replace Carthon on this list.

I also have to spend a little time in remembrance of Doug Kotar, and not just because the former Giant running back passed away from a brain tumor in 1983 -- just two years after his playing career ended.

Kotar was a bright spot, and an easy guy to root for while the Giants were mostly awful during his career -- which spanned from 1974-81.

A running back who was never really fast enough to get outside, or big enough to pound his way through the middle, Kotar was nevertheless effective during his seven seasons.

If Carthon hadn't meant so much to two Super Bowl-winning teams, I would have no problem giving this spot to Kotar. As it is, he is still a guy Giants' fans should remember.