Share All sharing options for: Giants By The Numbers: 22 is for ... 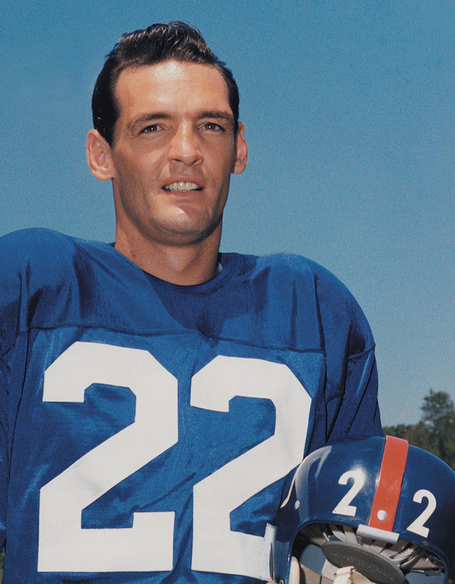 As a player, Lynch was a Giant -- and a very good one -- for the last eight of his nine professional seasons from 1959-66. A cornerback, he intercepted 35 passes as a Giant. Twice, he intercepted nine passes in a single season. In 1963, Lynch was an All-Pro, with nine interceptions and three returns for touchdowns.

Many Giants' fans, though, only know Lynch as the excitable, wear his Giants-loving heart on his sleeve guy who provided color commentary on Giants radio broadcasts for four decades, from 1967 to 2008. The final game Lynch ever worked was the Giants' Super Bowl victory over New England.

If you want to know more about Lynch, here is a great story from the New York Daily News written a few months before Lynch's death from Luekemia.

Others who have worn 22 include: