Share All sharing options for: Giants By The Numbers: 6 is for ... 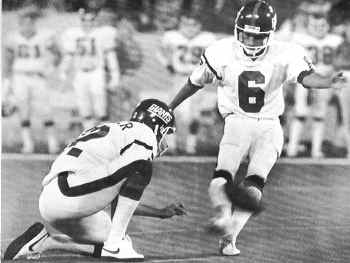 Yep, this is another number without a great history within the New York Giants' franchise.

Haji-Sheikh was the Giants' placekicker for two seasons and parts of a third from 1983-85, and he actually was not very good.

I promise, gang, there are some numbers with a much better story coming up soon.