It has been assumed for quite a while now that if McClain somehow falls to No. 15 in the upcoming NFL Draft that he is the obvious choice as the New York Giants selection.

Is that still the case? I believe McClain would still be the chalk if we were setting a betting line, and the best pick. But it does not seem as obvious as it might have been a couple of months ago.

Is McClain slipping a little bit, at least in the eyes of some who wonder if he is a 4-3 fit? And in some eyes, Missouri's Weatherspoon is gaining on him. I have even seen some suggestions that the Giants take Weatherspoon INSTEAD OF McClain.

So, let's operate in a vacuum for a little while here. There are only two players available -- McClain and Weatherspoon. You are locked in a tiny closet and no one is letting you out until you choose one. You can't pass, and you can't say 'someone else.' Which player are you taking?

Let's look at the arguments for and against each player. 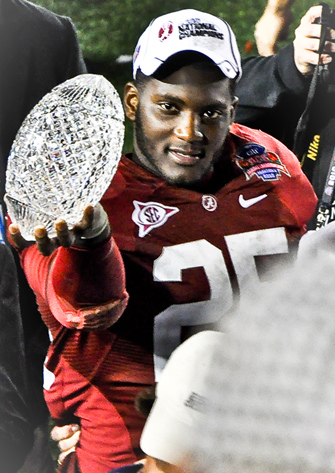 There are two schools of thought with the 6-foot-3, 250-pound McClain.

The other is that maybe he does not have elite speed. Maybe he isn't really a 4-3 middle linebacker (he has expressed a preference for the 3-4, which is what 'Bama uses). Maybe the revelation he has Crohn's Disease is cause for alarm. Maybe he isn't the next Patrick Willis.

Besides all of that, middle linebackers have tended to fall in recent drafts.

Here is what Draft Countdown says about McClain.

Could excel in either a 3-4 or 4-3 scheme but best fit may come in an odd front ... A magnificent all-around player who is effective against both the run and pass while serving as an extra coach on the field ... A true football player with adequate physical tools and top-notch intangibles ... Could very easily emerge as one of the premier inside linebackers in the NFL.

To me McClain is the only 'pure' middle linebacker in the draft who is a first-round talent. 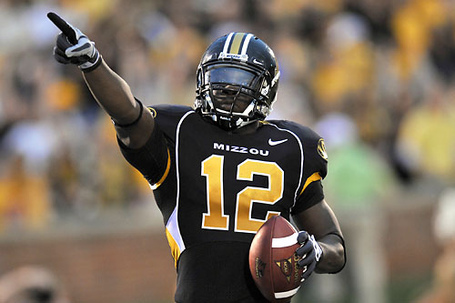 Like McClain, there are a couple of schools of thought with Weatherspoon.

One is that he is a dynamic, play-making talent who has used the post-season pre-draft process to showcase athleticism and speed that have seen his stock soar to the point where is a likely first round selection for someone.

The other is that he is an an unlikeable, attention-grabbing diva who has rubbed some scouts and general managers -- though not all -- the wrong way.

Weatherspoon is a guy who could play inside or outside. For me, that's the tricky part when it comes to whether or not 'Spoon fits with the Giants. Is he really a 4-3 middle linebacker? He could be, but are we sure?

Draft Countdown, revealingly, lists Weatherspoon as an outside linebacker.

Very athletic ... Great speed ... Has a burst and really closes in a hurry ... could project either outside or inside at the next level ... A true playmaker who always seems to be around the action --- Fantastic all-around player with an outstanding blend of physical tools and elite intangibles.

So, given a choice just between those two players who are you taking?