Wow! It's a winning streak. Two victories in a row for the first time since the Giants started the 2009 season 5-0.

So much to feel good about today, including the fact that the Dallas Cowboys lost to the Tennessee Titans. Let's get on with the 'Kudos & Wet Willies.' 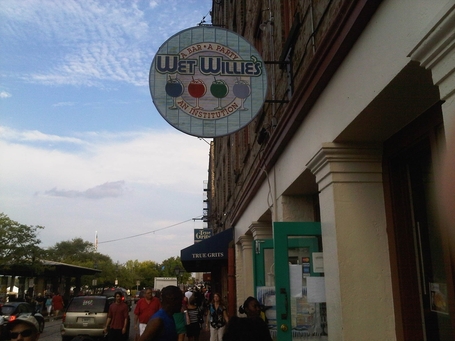 A reader sent in this photo from 'Wet Willie's' in Savannah, Ga. Thought you would
get a kick out of it before we moved on to this week's 'Willies.'