With the NFL season starting for real this week, I reached out to the other NFC East bloggers for their thoughts and predictions about the upcoming season. Below are my predictions, and my reasoning. Following that are the picks and explanations from the SB Nation bloggers for the Washington Redskins, Dallas Cowboys and Philadelphia Eagles.

These picks will be running on each of the team's blogs. Feel free to visit each site and join in the discussion. But remember, behave yourself.

I have spent the entire off-season listening to 'experts' sing the praises of the Philadelphia Eagles. I know the Eagles are good, but I don't get the media man-crush. Let me remind everyone which team won the Super Bowl in 2007 -- the Giants. Defending NFC East champs? Giants. Considered the best team in the NC most of last season? The Giants.

No, things did not end well for the Giants last season. They wore down defensively last season, but with all the new faces on defense that should not be an issue this time. They should be able to control the line of scrimmage. Offensively, they still have that terrific offensive line and a great running game. Yes, they have a question at wide receiver. They have talent there, however, and the other pieces of this team should give them time to answer the receiver question.

I see the Eagles being the good team that disappoints this season in the NFL. The Eagles simply do not look sound on defense right now. Their recent performance against the hapless Jags leaves me scratching my head. The losses of both Bradley and Jim Johnson (R.I.P.) will be too much to overcome this year. The Cowgirls have all the tools they need this year and by season’s end they should be in position to make the NFC East a 3-playoff team division once again. That assumes that Wade Phillips can get his defense under control. They underachieved last season and the pressure is on him to get the defense playing up to their potential.

As for the Redskins, nobody has them picked to do anything. They are precisely the exact kind of team that sneaks up on the league every year. They have some veteran skill players, and they have a few young players who could be ready to contribute this season in Devin Thomas, Malcolm, Kelly, Fred Davis, and Brian Orakpo. If Jason Campbell plays within himself, the early schedule favors a quick start. It is important to note that nobody is picking the Skins to finish last in the NFC East because they suck. Everybody just thinks that the rest of the teams in the division are very, very strong. This Redskins team is capable of being the surprise in the NFL this year. It happens every year. Coach Jim Zorn is definitely more comfortable and the defense is going to be as strong if not stronger than last year. A homer pick? Maybe. But who besides Falcons’ fans picked them to go to the playoffs last year?

My take: Can't blame Ken for being a homer on this one. He is right about Washington, actually. The Redskins are generally looked at as the bottom-feeder in this division, but it's not because they are a bad team. They aren't. Could they make a move? Sure. Do I think they will? No. I just don't think they have the talent of the other three teams. 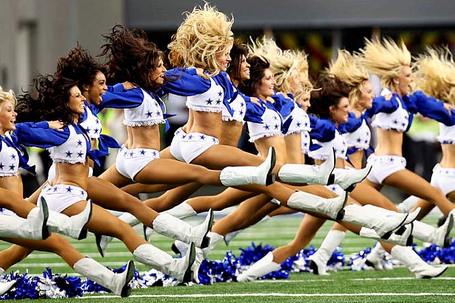 Playing the NFC South will push the Beasts to play solid defensive football against some of the most talented offenses in the conference. All should do well against the AFC West, but I don't see any one team dominating the division.

Losing Spagnuolo to St. Louis will hamper the Giants more than it will help the Rams. Several heartbreaking losses hand the Giants a disappointing season record. Philadelphia will also lack continuity on defense as the loss of Brian Dawkins and defensive coordinator Jim Johnson will force the offense to pick up the slack. A late season surge gets them in the playoffs. The Redskins will show improvement and be a pain to the rest of the division, but won't get enough wins to be a contender. Quietly, the Cowboys work all season on controlling the ball, eliminating mistakes, and playing good defense. They strike quickly when needed, which helps them defeat Philly in Week 17 for the division title.

My take: Oh, Aaron. I know your fearless leader, Dave Halprin, is ceding more and more responsibility to other folks at BTB, but this response made me yearn for Dave's more realistic mindset. I would expect you to pick the Cowboys to win the division. But, the Giants at 7-9? That's just silly. 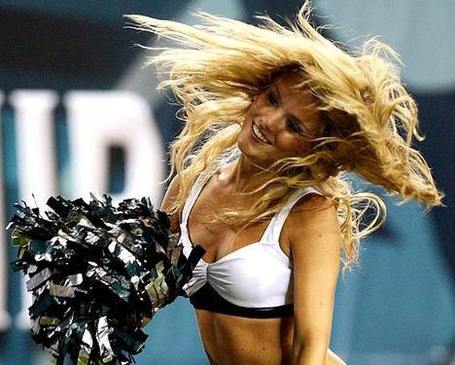 I'm not exactly sure which experts Ed has been listening to, but every media outlet and their mother has picked the Giants to not only win the NFC East but the NFC as a whole, despite the fact that it was the Eagles who beat them in their house in the divisional playoffs and made the NFC title game ... that said, I still think the Giants are the best overall team in the division. No doubt that their lack of notable pass catchers makes their offense less scary than in year's past, but I don't buy the talk of their WRs being so bad. I think they're good enough to win with.

Last year I actually picked the Redskins to make the playoffs and be the surprise team of the NFC... They didn't exactly repay that faith. I honestly thought Jason Campbell was ready to "take the next step." He didn't. I think he'll be the same player this year and I think the Redskins will be generally the same team as last year. Not bad, but mediocre.

The Dallas Cowboys have done us the favor of writing their script over the past few years. They'll impress early and get all the national media excited, only to fade in December. I kid, kind of... I do think Dallas is a good team, but I don't really see how they're any better than they were last year. I still see them as a team capable of very high highs, but I think their inability to deal with adversity will still see them reach some low lows. Their running game will still be good, but their passing game will probably regress. I still think their defense will be inconsistent. I still question Wade Phillips as a coach and Tony Romo in big spots.... I find it kind of tough to predict the Cowboys this year. I don't think they're a bad team by any means, I just don't know if I have any confidence in them.

Speaking of scripts... Will we again see the Eagles flatter to deceive early on and be written off as dead only to make an improbable run in December that sees them ending up in the playoffs? It would be a lot easier for me to predict how the Eagles will play this season if I'd actually seen them together at some point this summer. Injuries have kept pro bowlers Brian Westbrook and Shawn Andrews out of the preseason. One of the newest Eagles, pro bowler Jason Peters, was knicked up earlier in the preseason and didn't play a ton. Sheldon Brown hasn't really played in the preseason, neither has Omar Gaither who start at middle linebacker... Kevin Curtis has been knicked up on offense. Starting LG Todd Herremans hasn't played. According to the Eagles, most of all these players will be ready by opening day... but until I actually see them on the field I'll remain skeptical. I think it's a very talented team on paper, but we don't play the games on paper.

My take: I should have expected this from Jason. A very reasoned, solid breakdown which does not look at his team through rose-colored glasses.

It's going to be a bruising, hard-fought race in the NFC East. Your thoughts on the division, and on the predictions of the bloggers from our division rivals?