Land of the Giants: Can we stop the talking, already?

Share All sharing options for: Land of the Giants: Can we stop the talking, already?

I don't know about you guys, but I am ready for some football already. I am tired of the talk, which there was plenty of on Wednesday. Let's look around and discuss a lot of what was being said by and about our New York Giants.

"Well, we would have to expect that to a certain extent, but it probably would be a good thing if they did that," said coach Tom Coughlin. " I think we have had some experience down the field this preseason and certainly that would be one thing that you could do to answer that."

Eli Manning also expressed confidence the Giants could make the Redskins pay for overloading their defense against the run.

"I think we have receivers who can make plays. Guys who can get down the field, guys who can break tackles and we are going to see what the defense is doing and make our adjustments. If I can get us in and out of good plays, I think we have the guys out wide who can be explosive and get down the field and do some great things," Manning said. "It’s not like to hit big plays you have to throw it fifty yards down the field, you just have to hit guys on the move and guys have got to break tackles and you have to be effective blocking up front and throwing the ball. It is a combination, we are going to have a great mix of run and pass, but we have to be able to do both well." 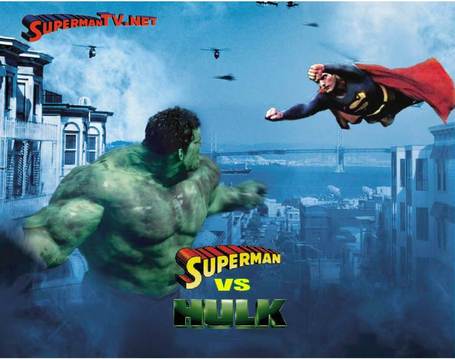 "I’m taking it as if you run into any defensive lineman in the league. He’s a human being, he walks on two feet, and he bleeds. He puts his pants on one leg at a time. I mean he is a great player, don’t get me wrong. Probably one of the most dominant players in the NFL, but there is no reason to go in there and only think about him," Jacobs said. "They have a whole defensive team and they are very good at what they do. We are just looking forward to going out and executing against them."

"The coaches already notified me that I'll be starting this week, Monday," Thomas said. "I've been preparing since the season ended last year for this day. "I'm gonna try to keep it, when 'Dock' comes back, when Ross comes back, we're going to compete and if so be it, I'll go back to nickel or special teams. I'm just trying to do whats best for the Giants."

Neither Aaron Ross nor Kevin Dockery practiced Wednesday according to various reports. Ernie Palladino says you can start worrying now about all the playing time undrafted rookie free agent Bruce Johnson is likely to get Sunday.

Speaking of Johnson, the rookie from the University of Miami was not sure he was going to get this chance.

"I feel like I had a pretty good camp," Johnson said. "I know there are a lot of things I could have improved on, but overall I think coming in for a rookie I did pretty well."

But he still sweated out cut down day. Johnson believed he had done enough to make the team, but it's like the draft - uncertainty reigns.

"I knew when I was coming into camp there were a lot of guys in front of me; I had drafted players in front of me," Johnson said. "I knew I just had to keep working and when the cut time was coming, it's a toss up and you never know. I was basically just waiting on the phone seeing what was happening. Thank Jesus that they didn't call me.

"I was glad not to get a call. I was very fortunate and very happy. I was humbled by it, so I'm just going to keep working."

"For a few days, I was just really depressed," Alford said. "Asking, 'Why me?' and stuff like that. After a while, you realize there's only one way, it's only rehab after this. There's no reason to be depressed or upset about the situation. It happens, and you have to deal with it accordingly. I had to get over it, tell myself I had to get through it."

Pat Kirwan of NFL.com has seen enough that he isn't worrying about the Giants wide receivers. That makes one supposed 'expert' who isn't.

The Giants didn't play very well in their pass offense after Plaxico Burress shot himself last year. The team didn't address its receiving issues in free agency but did use the draft in an attempt to replace Burress. Some observers thought it was a tactical error not to go get a veteran receiver. I think the Giants got it right. Rookies Hakeem Nicks and Ramses Barden and returning veterans are going to put the Giants' passing game back in a very solid position. There might be some bumps in the road early but after watching Nicks practice I am encouraged by the Giants' plan for the passing game. Ultimately, however, time will tell.

Giants' left tackle David Diehl updated his blog Wednesday with some thoughts on the opening of the 2009 season.

When it’s over, no one describes your season by how you did in training camp or preseason, it’s all about what you did in the regular season. It is what gives you an opportunity to get to the playoffs and to win the Super Bowl. It’s not a sprint, it’s a marathon. You have to go out there each and every week for a 16-game stretch and do whatever you can to be in the best position to make a run at the Super Bowl.

That’s what we’re all playing for and it starts now.

This is a really fun read from Newsday's Tom Rock. He gets Giants players to reveal things about themselves that you never even knew you wanted to know.