Best Giants' kick returner? I say Meggett in a landslide

Share All sharing options for: Best Giants' kick returner? I say Meggett in a landslide 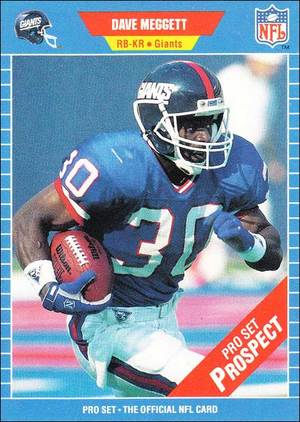 When we voted for our Big Blue View All-Time New York Giants Team last summer, we skipped over the kick returner.

I think there is little debate that the best kick returner the Giants have ever had is the diminutive Dave Meggett. In fact, I find it hard to believe you can make a legitimate case that the answer is anyone other than Meggett.

Yet, as we looked back at that team the other day, I noticed some of you ask for a vote to 'officially' name an all-time best kick returner.

Here is my case for Meggett.

There have been other notable kick returners.

A few other players have been good at one job or the other over the years -- such as Willie Ponder, Rocky Thompson, Leon Bright -- even Tiki Barber and Amani Toomer on punt returns.

No one, though, in my opinion, equaled Meggett.

If you can make a strong case for someone else I'd love to hear it.