"Dave from Asheville" on the draft

Share All sharing options for: "Dave from Asheville" on the draft 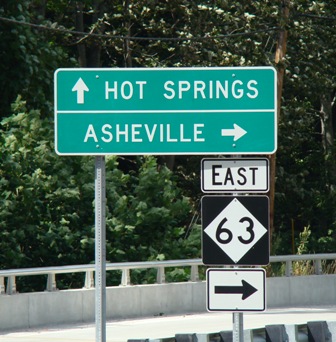 "Dave from Asheville" is back, and as you might have guessed, he had some thoughts on the NFL Draft.

For new readers to Big Blue View, we originally discovered Dave thanks to a letter he wrote to Mosley's Mailbag on ESPN.com, suggesting at the time that the Giants cut Eli Manning. BBV launched a massive investigation at the time, and uncovered several other letters that Dave had submitted.

Then after the Giants went out and spent a lot of money on free agent players, we again went to Dave for his take on the signings.

So now that the dust has settled on the 2009 NFL draft, I felt it was time to get the expert opinion from one of our most insightful and loyal readers. I was due a little break from the norm, and decided that it was time to meet Dave in person. So armed with my GPS, and the Big Blue View $25 prepaid Visa for expenses, I journeyed to Asheville for my meeting with Dave.

We met at the Asheville Sports Bar and Grill, and after exchanging pleasantries and placing orders for beers and appetizers, Dave pulled out a spiral notebook and launched right into his thoughts on the draft:

"After careful consideration, and countless nights of research, here is the mock draft I've come up with for the Giants this year." He tears a sheet out of his notebook, and hands it to me:

I sit there, staring at the page, dumbfounded.

After I collect myself, I say, "Dave, you have the Giants trading 5 picks to move up to the number 2 overall pick, and taking a punter?"

"Feagles won't last forever; the Giants need to start grooming his replacement." Dave is good like that, has an answer for everything.

"ok", I say, "a little "Al Davis" for my taste, but not unprecedented, and I see you are going to round out the kicking game by taking a place kicker in the 2nd round, but Dave......Albert Pujols in the 3rd round?"

"Too early for Pujols?" Dave asks.

"I read great things about him in the Ourlads Guide; I read he has great size for a center" Dave replies with a straight face.

At this point, I'm starting to realize Dave is certifiable. "No Dave, you read great things about him in TV Guide, because he is a TV character, and a cartoon one at that, Dave you have the Giants drafting a cartoon character in the NFL Draft! This is the worst mock draft I've ever seen Dave, my two year old could have done better than this! Look at your 7th round picks Dave, what the heck is that?"

Dave is completely downtrodden now, "Well, I ran out of research time, so I just listed movies I want to see this summer."

"I gotta go, Dave, and one more thing, the NFL Draft was last weekend."

At this point, I get up, take my last swallow of beer, and head for the door.