Share All sharing options for: Game Preview: Panthers at Giants 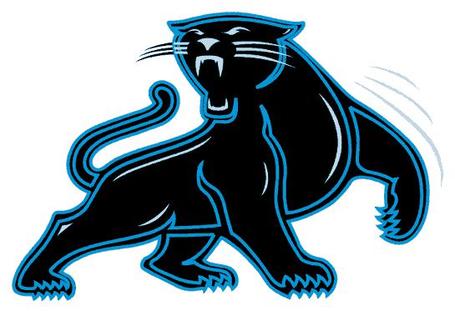 Today Big Blue View takes a look at the Carolina Panthers in preparation for their game against the Giants.

Last time they met: December 10th, 2006. The Giants defeated the Panthers 27-13 at Bank Of America Stadium.

"We've got a very, very tough challenge ahead of us going to their place, to the defending world champions' house," coach John Fox said. "Right now, that's about all we need to focus on."

To upend the Giants, the Panthers will rely on their 1-2 punch of DeAngelo Williams and Jonathan Stewart, a duo that has been nothing short of sensational the last seven games. Williams, in particular, has really stepped up his game. Fox said he also thinks Williams has grown more comfortable under second-year offensive coordinator Jeff Davidson. "He was a young player and the whole system was new to him as it was to our whole offense," Fox said. "I think Jeff Davidson has done a fantastic job. Like any system, it takes a while to get used to. Whatever business you're in, that first year is usually the toughest. So it usually gets better and more comfortable after that. A lot of that -- mentally, maturation, there are all kinds of words -- but he got better only through hard work, and it's a tribute to his work ethic."

If there's ever a game the Carolina Panthers need 345-pound defensive tackle Maake Kemoeatu, it's this one. Unfortunately for the Panthers, it doesn't appear they will have him because of an ankle injury. Kemoeatu's primary job has been to occupy blockers and free up other Panthers to make tackles and stop the run on first and second down.

The Giants come into the game averaging a league-best 148.7 rushing yards per game and have 16 rushing touchdowns. To make matters worse for Carolina, the Giants are expected to get bruising running back Brandon Jacobs back from a knee injury. "You look at Jacobs' stats, and they're scary," middle linebacker Jon Beason said. "He's got 1,000 yards on 195 carries. So he's a big part of their offense, so getting him back, they're going to be looking to get this win."

Offensive tackle Jordan Gross and defensive end Julius Peppers were selected as Pro Bowl starters for the Panthers, while wide receiver Steve Smith and linebacker Jon Beason made it as reserves.

Panthers RB DeAngelo Williams vs. Giants front seven -- The last time the Panthers were in New York for a big game they ran over the Giants using a strong running game and shut them out at home to advance in the playoff. Carolina hopes to do the same this time around with Williams, who has 12 touchdowns in his past seven games and leads all NFL rushers (with a minimum of 100 carries) with a 5.5-yard average.

Giants RB Brandon Jacobs vs. Panthers DTs Darwin Walker and Gary Gibson: Jacobs is expected to return from a knee injury this week, and he will face a team likely without injured DT Maake Kemoeatu.

0 -- Number of times the Panthers have been the No. 1 seed in the NFC playoffs during their 14-year history.

"I hope not. I'd rather be peaking later. We haven't really operated on all three cylinders probably since the New Orleans game. I thought yesterday was probably the closest. We've played well enough to win as I've mentioned before. Some people call it ugly; some people say we can't play defense if it's a high scoring game. But we tend to look at it as just being a win. When we do have a lot and they have a little, then that's kind of a complete effort. So I thought yesterday against a very, very good offensive football team I thought defensively we stepped up; and we've played pretty well offensively over the last month and that needs to continue, especially going and facing a very, very good New York Giants defense." -- Coach John Fox on if the Panthers are peaking now.

One final note on the game:

Remember earlier in the week I showed you guys the Sporting News Playoff Simulator?? Well, Accuscore ran a projection of the game Sunday night over 10,000 times, and you won't believe the results. The stats can't get much closer than this.