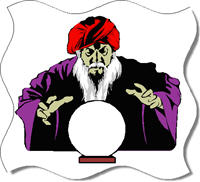 This has been the week of fallen idols, and I for one could not be happier. Who would have guessed that in the same week we would see both Brett Favre and Tom Brady fall from the grace of their respective fan bases?

Favre decided early in the season to let his good buddy in on some of the best ways to beat his old team. Unfortunately, that same buddy also happened to be the GM of the Lions. Surprisingly, the Packers and their fans did not look too kindly on this. This conversation took place before the Packers’ week 2 dismantling of the Lions 48-25. The final score does not reduce any of the hard feelings that the Packers fan base has towards Favre, though. He was still nursing his damaged pride since he was unable to strong arm the Packers into trading him to the team of his choice rather than the team that offered the most in return for him.

But no matter what feelings he may have had, to do that to the team and fans that had been there for him for so long may very well be unforgiveable. Of course, listening to ESPN (which thankfully is something that seems to be a rarity on this site) this conversation was not a big deal. All that the group of Favre defenders said was that this is something that happens all the time in the NFL, with teams picking up cut players from a future opponent to find out that teams strategy and tendencies. There is a major problem with that justification of course, most of these players that are cut, are low level backups. They are also looking to get back in the game any way that they can.

Brett Favre is an icon, who already had a job, but went out of his way to spite his former team. This alleged conversation may have also damaged his standing with his current fan base. Don’t forget that in week two, all we heard from the Favre camp was how much trouble he was having learning the Jets’ playbook. Instead of trying to grasp all of the new terminology of his playbook, Favre thought his time would be better spent trying to sabotage the Packers instead of trying to help the Jets, his current team.

This week also saw a team, rather than a fan base, turn on their prodigal son. Tom Brady underwent a third surgery on his knee this week, due to an infection. This infection not only set back Brady’s rehab timetable, but also may require the initial surgery to be redone and would reset his entire rehabilitation timetable. Why is this such a problem with the team? Because Brady went against team wishes and had the surgery done by a doctor of his own choosing, rather than the team’s doctor. Infections have been in the news quite a lot in the past week, but this infection takes a slight priority in the hierarchy of the NFL over the staph infection of Kellen Winslow.

The team is now scrambling to deny they have any problem with Brady and his choice of surgeons, but the damage has already been done. The Patriots are all about controlling all that they can on and off the field, and their perceived leader defied their wishes. The team claims that this is not a problem, despite what had come out all week from their front office, and I’m not sure that I would trust the Patriots front office over any other source at this point. So now there is a possibility that Brady will not be 100% for next season either and he could easily see his career follow that of Carson Palmer’s after his knee surgery.

So anyone who thought that Week 7 would see the downfall of the NFL’s top two stars, step right up, and feel free to take over this picks column, because clearly you are a better prognosticator than anyone that we can put out there on a weekly basis. Until then, here are the Week 7 picks.