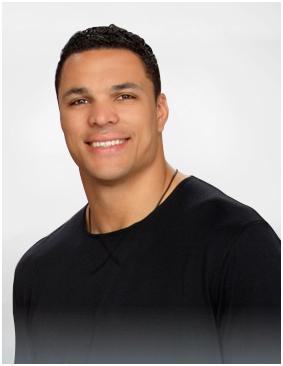 Is he smiling because he and Eli will be connecting soon?

Ralph Vacchiano is reporting that the Giants have contacted the Chiefs about a possible trade for Tight End Tony Gonzalez.

AP is reporting the Chiefs have put Tony Gonzalez on trade block.

Here is the story from The Blue Screen.

The story originated in the Kansas City Star, which says compensation will be the issue, as always.

We all know Giants GM Jerry Reese is not afraid to make trades. We also know the Giants are sitting on some extra draft picks. The deadline is Tuesday, I think it will be interesting to see what goes down over the next few days, and I am sure we'll have a lot of fun debating it, as always.

My take is, if you can get the deal done, and can fit him under the cap, you make it happen. A third-round pick seems like a small price to pay for what Gonzalez can bring to the Giants offense. I like Kevin Boss, and I think he has a good career ahead of him, but we are talking about arguably the best tight end of all time, and when the going gets tougher in the second half of the season, adding Gonzalez to the Giants already potent offense is going to make them almost impossible to defend.